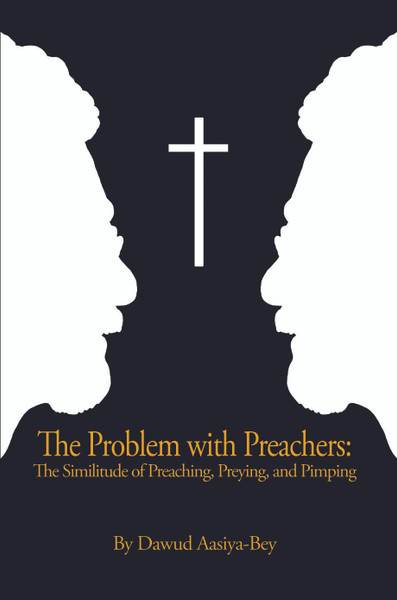 Dawud Aasiya-Bey was born in Washington, D.C., and his parents relocated to Long Island, NY, when he was four years old. He grew up with three brothers in a town called Wyandanch in the town of Babylon. As a child, he attended a private, parochial middle school in Deer Park, NY, which had a church on the campus and this is where his first experience of attending mass occurred. He felt that the school was a strict environment because it seemed that minor infractions resulted in punishments that simply did not fit the wrongdoing. He envisioned church as a place where people would be friendly and kind, but such was not the case as sisters and fathers seemed to roam the school campus like their goal in life was to catch someone doing something wrong.

Dawud now lives in Murrieta, California, with his wife and son, which is a small city about 60 miles north of San Diego. He is currently in the teaching vocation as a biology teacher and has been doing so for over sixteen years. Prior to teaching, he worked in the IT field, which was a volatile environment back in 2000 requiring “head-hunters” to find contractual B2B jobs, which were three to six months at best as outsourcing was the norm. Such instability introduced him to the teaching profession, as he was a substitute teacher between his IT contract jobs.

His involvement in the church community as a musician (bassist) allows him to experience the church dynamic from a ‘musician for hire’ perspective while continuing his passion for playing music that centers on worship. Being behind the scenes and playing in ministries throughout the years has given him more insight as playing at churches, conferences, and gospel events allowed him to observe the networking, conversations, and sentiments that took place amongst ministries. He feels that the lifestyles and views of some preachers contradict what Jesus taught in the Bible.

Why Christian Faith Is the Solution, Not the Problem - eBook

Dash, Strong Dogs, and the Preacher-Man: A Tale for America - eBook

The Upside of Down - eBook

Making Sense of God in This Chaotic World - Audiobook