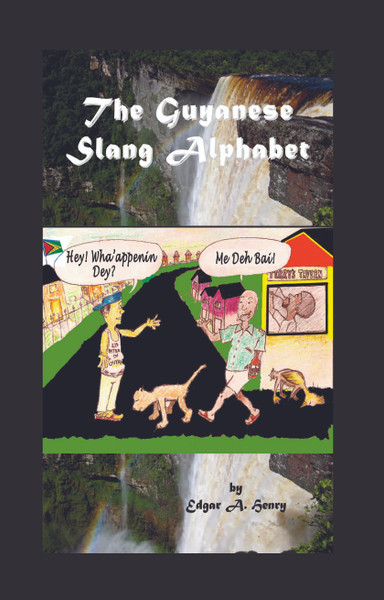 By: Edgar A. Henry

Edgar A. Henry is the third child and the eldest son of Joseph Arnold and Iris Minerva Miller-Henry. He was born in Beterverwagting (BV) on the East Coast of Demerara in Guyana. He attended the Beterverwagting Government primary school under the tutelage of his father, who was the head teacher. His secondary education was at Tutorial High School in Georgetown. He migrated to the United States in 1973, obtained a Bachelor of Arts degree in Accounting from Baruch College in Manhattan and later became a Licensed Real Estate broker in New York.

Aware of the importance of communication systems to the Caribbean-American community, he established Sterling Communications Network in 1993, broadcasting “Calling the Caribbean” on WNJR Radio, 1430 AM. In 2003, he became part owner of the popular Caribbean Diaspora newspaper “Caribbean Impact”. He is currently the Vice President of the Guyana Cultural Association (GCA) and is editor of its monthly online Guyana Folk Festival magazine. He wrote a weekly column on Real Estate, Business and Taxes in the Caribbean Impact newspaper for nine years and submitted weekly articles to the New York Edition of the Guyana Chronicle for 18 months. He wrote the Foreword in the 2014 publication of “The Church is one Foundation” by Handel Andrews; he was the editor of the 2015 publication of “The Resurrection” by Peter Halder; and submitted two articles in the 2016 publication of “The Legend” by Eusi Kwayana.

He is the past President of the Flatbush Avenue Business Improvement District in Brooklyn, a position he held for 22 years. He is also an actor and movie script writer. The movie “In The Night” where he played a major role, was released in September 2019.

Edgar is also involved in community and philanthropic activities in the Diaspora and is co-founder of the “Baronians and Friends” organization in New York. He is a former member of the Guyana Music Teachers’ Association. His greatest pleasure is teaching performing arts and music to kids at the Summer Workshop Series and at the Guyana Cultural & Arts Association of New York, where he is the music master. Over the years, the entrepreneur received numerous awards from various institutions.

Pressing Matters: A Collection of Short Stories and Poems