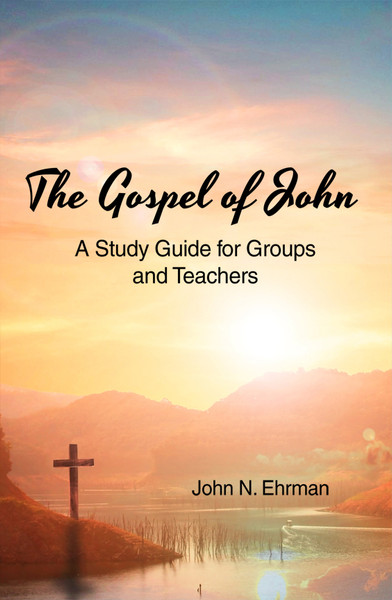 The Gospel of John (A Study Guide for Groups and Teachers) is a technical analysis of the scriptures, history, and cultural setting depicted in the Gospel of John. Many interpretations have been given to every passage. This particular analysis hopes to discover the meaning behind the scripture, as it was originally intended to be understood.

John N. Ehrman was raised in Cleveland, Ohio, where he attended Catholic schools until his junior year of high school. He earned his high school diploma in Texas. He was nominated to the United States Naval Academy by Congressman Charlie Wilson in 1975. He entered the Marine Corps PLC Program in 1975 and entered John Carroll University, a Jesuit University in Cleveland Ohio. In 1976, he was awarded a US Army ROTC Scholarship. He has a BA in Ancient History, a Juris Doctor, a BS in Petroleum Engineering, and an executive MBA in Petroleum Finance. He has been in the oil business since 1984.

Ehrman lives in The Woodlands, Texas, with his wife, Elizabeth, and their five children.