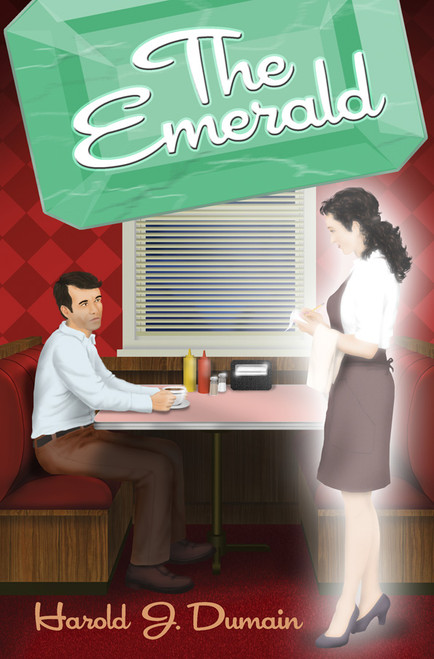 The Emerald
by Harold J. Dumain

When Samuel Dornstedder accepts a position as a psychotherapist at Windom, a private mental hospital near Philadelphia, Pennsylvania, he has no idea the challenges before him. In a place where insanity pervades even into the minds of the staff, Sam finds himself lost, fighting for humane medical practices in a medieval-minded establishment. Meanwhile, Sams personal life is turned upside down when he meets an enchanting woman, who may either be his salvation, or his damnation. The parallel journeys of Sams life pull him down into darkness, all the while struggling to reach the light.

Harold J. Dumain served in the United States military from 1945 to 1947, receiving a Medal of Occupation Germany, and a World War II Victory medal, and is currently a member of the American Legion, post 880. He is an alumnus of the University of Buffalo, where he graduated cum laude with his BA in Philosophy, with a Masters Sequence in Psychiatric Social Work. He has been selected as one of the Outstanding and Leading Philosophers of the World (2006), is the former vice president of the Hamburg Counseling Service, and held a position at the Univeristy of Buffalo Medical School as an instructor in social work. Previous works include A Synthesis of Philosphy, and an unpublished study of schizophrenia, sponsored by the University of Buffalo Medical School. He currently resides in Boston, New York, with his wife of 48 years. They have three adult children and six grandchildren.