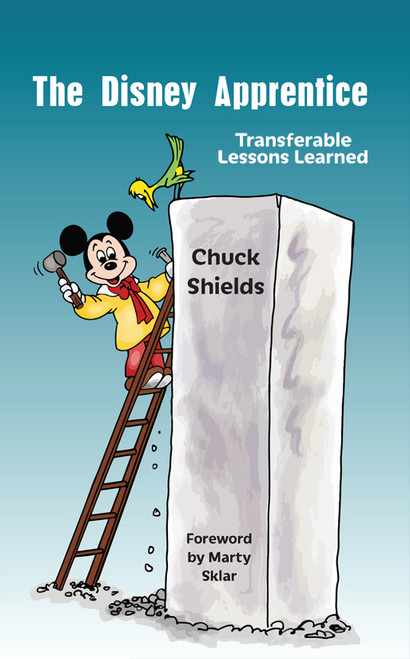 “It was a real pleasure working with Chuck for the last 10 years of my career with Disney.”

When he was transferred from Disneyland to Walt Disney Imagineering as Vice President of Human Resources he hit the ground running. He headed up the team that hired 2500 employees and had to indoctrinate, integrate and assimilate all of them in a very short period of time. At the conclusion of major projects (EPCOT & Tokyo Disneyland) he and his team then successfully provided outplacement for all the employees who were laid off.

The Disney Apprentice is a book that once started is difficult to put down. I’ve just read it again and enjoyed it as much as I did the first time. If you are in business or deal with people on any level this book is mandatory for you to read. It is not only educational it is very entertaining.

The Disney Apprentice describes valuable and transferable lessons needed to create a customer and employee centric culture. Chuck Shields uses Disney’s storytelling cultural examples, transferable lessons, Walt Disney quotes and his 22 years of experience in transferring the Disney foundations to a completely different industry. An exciting read from one of the early leaders of the Disney University and VP of HR and Administration for three unique Disney Divisions.