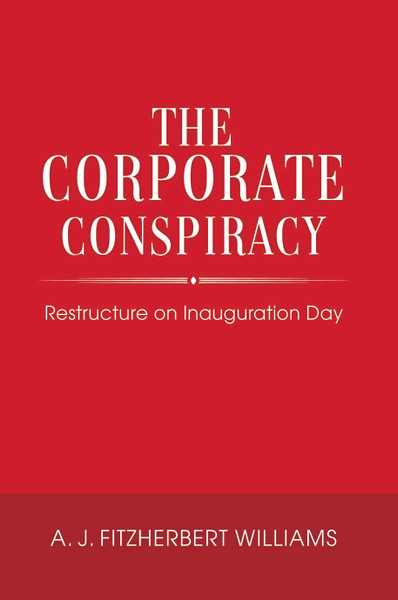 The Corporate Conspiracy lasers in on the deviant alliances and conspiracies within corporate entities. Author A.J. Fitzherbert Williams’ own experiences prompted him to share these atrocities with the world so more people may be cognizant of the undercurrents that so often dictate the surreptitious events within these institutions.

A.J. Fitzherbert Williams is an Afro-Grenadian who immigrated to the United States at age nineteen with his mother and three siblings to Brooklyn, New York. Initially, the transition was difficult, and while assimilating to life in New York City, he had envisioned educational pursuits in medicine. However, he was deterred by the exorbitant costs of education and the lack of financial support, especially since being raised in a single-parent home. Instead, he persevered through the challenges and endeavored to other professional avenues, where he found his pathway in blood and blood banking, specializing in apheresis.

He was a self-starter, an avid learner, conscientious, and self-motivated. He soon made his mark within the organization by excelling in the specialization and was aggressively pursued by other organizations who yearned for his expertise within their institutions. Within six years, Williams had secured an undergraduate degree while working full time and advanced into management.

With such tremendous motivation and inadequate room for expansion and expression, A.J. Fitzherbert Williams embarked on a journey where he could exhibit his skillsets. He was considered the subject-matter expert in the new institution and facilitated their placement among progressive medical institutions. Although he added visibility to their institution and made them profitable in their quest for self-sustainability, he recognized inherent constraints exerted by the Administration to restrict his advancement. However, A.J. Fitzherbert Williams never permitted obstacles to impede his ascension. Instead, he viewed them as the impetus for his motivation and persevered towards his desired goals.