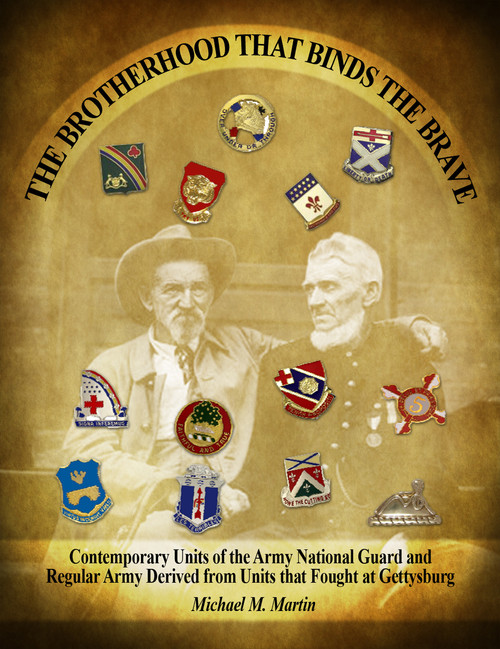 Members of today's 111th Infantry, a regiment in the Pennsylvania National Guard, feel a strong sense of pride and comradeship with the members of the Philadelphia Brigade, the first citizen militia unit to exist in Pennsylvania, derived from the Associators found in 1747 in Philadelphia by Benjamin Franklin. The Philadelphia Brigade joined Washington's Army for the Trenton-Princeton Campaign during the American Revolution. By the Civil War, the Associators had become the 72nd Pennsylvania Volunteer Infantry, which served along with three other regiments from Philadelphia in a brigade commanded by General Alexander Webb. Webb's brigade was actively engaged in battle with Confederate units assaulting Cemetery Ridge on July 2 and 3, 1863, during the Battle of Gettysburg. Brought together at this momentous battle these men developed a sense of pride and brotherhood that extended far beyond their own regiment to include comrades and former foes alike. In 1921 the Associators became the present-day 111th Infantry.

About the Author: Although he never served in the Army, Michael M. Martin's life has been embedded in military culture ever since his childhood. At a young age, Martin was stricken with polio and received motivational letters, each including the insignia of the letter writer's unit, from high ranking Army officers, all friends or classmates of his father. Thus began his collection and interest in military insignia and military heraldry. After retiring from a successful and rewarding teaching career at the University of Michigan, Martin dedicated his attention to his military memorabilia. He currently resides in Ann Arbor, Michigan, where he continues to explore his passion for military organizational history and writing.

The Brief and Glorious Reign of King Frederick the Brave - eBook

The Black Eyes: A Psychic Mystery