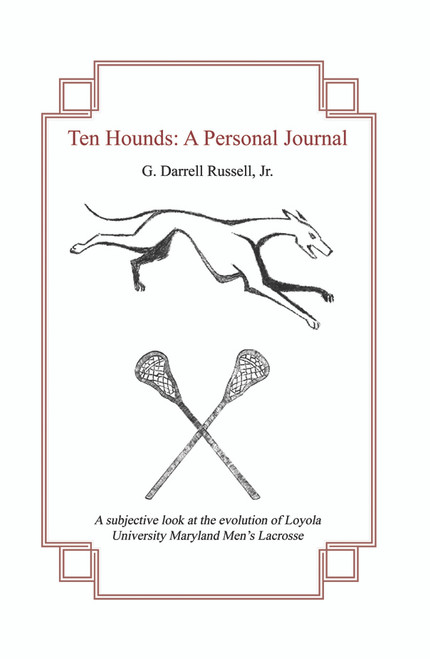 Lacrosse has been a special sport in Baltimore and Maryland since the turn of the twentieth century. It flourished as an amateur sport in Baltimore in a manner unrivaled in the United States, except perhaps on Long Island and in upper state New York. Most of the colleges and universities in Maryland flourished in their lacrosse programs, primarily due to the presence of the best high school league in the US, namely, the MIAA (Maryland Independent Athletic Association). Schools like Navy, Maryland, Towson, Baltimore University, UMBC, and especially Johns Hopkins all produced strong nationally ranked lacrosse teams and many US championships.   Amidst all these strong programs, Loyola College (now Loyola University Maryland) was floundering in mediocrity until the mid-1970s. Coach Darrell Russell convinced the Loyola administration to indulge the lacrosse program with scholarships and financial attention. A steady rise to the top began until Loyola won the NCAA Division-I national championship in 2012. This is the story of that journey, filled with entertaining anecdotes along the way.

Judge G. Darrell Russell, Jr. retired as a member of the Maryland judiciary in 2011 after twenty- one years on the bench. He has since returned to the practice of law in Baltimore County, Maryland, specializing in criminal and traffic defense. As a young attorney in the 1970s he spent afternoons on the athletic fields of Loyola College coaching cross country, tennis and lacrosse. He later served as the first commissioner of the MILL, which became the NLL (National Lacrosse League). He became the general manager of the Baltimore Thunder of the MILL (Major Indoor Lacrosse League). Many of his players were Loyola College alums. He had a brief dance with stardom on the lacrosse field as an undergraduate at Loyola, wherein he earned a lifelong nickname of “Diamond.” He received his law degree from the University of Baltimore and his masters of liberal arts from Towson University. Judge Russell has four adult children, whom he coached in youth lacrosse. He lives in Towson, Maryland.

Love Is Not…: A Devotional and Drama Resource

Love Is Not…: A Devotional and Drama Resource - eBook