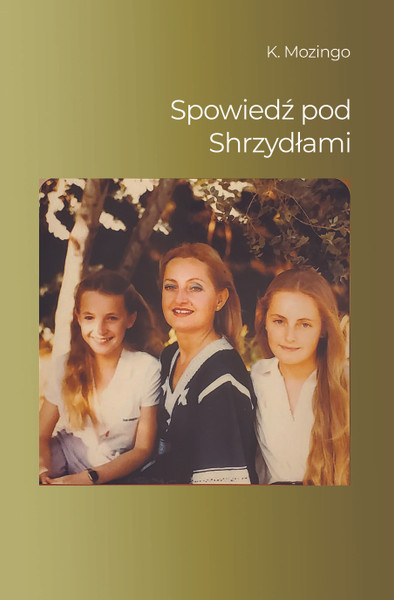 What follows is a summary for a book written about the fate of an emigrant, who has spent her life living on several continents and with several different partners. And who, despite having spent nearly her entire life living elsewhere, still considers herself to be one of Poland’s greatest patriots.

I am a love child. My parents met in Pairs in 1939; my father worked for lot and my mother was a courier who transported important government documents to France, which was a safer and more favorable place at the time. They were untied by love and separated forever by the War.

Frail and small, I came into this world in Lourdes; it was beautiful place, and I was born deathly ill. The deep and unwavering faith of my mother, who prayed for me all night at the Grotto of our lady, performed a miracle, the doctors claimed. I was delivered from death so that I could experience many things on many continents. I was needed. I encountered love time and again. I loved many times and was loved in return. My unwavering beliefs in justice, kindness, and truther were encoded within my genes.

I spent my early years in France and my first years at school in post-War Poland. I then took my strong views of justice and patriotism to Australia. My two daughters were born there, and my first husband was an anti-communist activist, a hero of the Warsaw Uprising, and a poet.

I exchanged Australia (which I found to be boring and backwards at the time) for South Africa. Here was a field of possibilities. I was loved and the Africans admired me. And South Africa, for the second time since the Warsaw Uprising, supported Poland’s drive towards Freedom – Solidarity.

Fate often imposes its won will. My second marriage was to a fighter against world terrorism – an American. He was a lover of Poland, and this was a time of great adventure in a time of great danger. It was this danger that forced us to immediately leave this beautiful country behind, along with our luxurious life and all of the material possessions that made it so, over the course of three days.

I greeted America with a broken heart, and became homeless along with a partner I had started to fear. My responsibility was to my two wonderful daughters. I had to be strong and defiant for them. I had to leave my second husband for the safety of my daughters and myself. He became aggressive, and the sight of his large caliber gun always at his side increased my unease.

I fell into poverty; without any money or any friends, I had a job and two, wonderful daughters. We lived in California on the Pacific in a very strange neighborhood, among drug addicts, prostitutes and drunks. That’s all I could afford.

I only survived thanks to the support of my daughters who, once little princesses attending the best schools and now left in a dire situation, became my rock. And this is due to the love they inherited in their genes.

After two years of taking the bus to work every day, I opened my own cosmetic salon which is currently celebrating its 28th anniversary.

Fate once more introduced me to an amazing partner. We spent 20 years together and I helped him raise his two children as he did with mine. I am currently waiting for the next great love life must have for me.

The Girl in the Pod - eBook

Joey: A Desperate Search for My One True Love -HB

Spooks in the Woods: A Picture Memoir of Cold War Berlin (HB)

From Detox to Dignity: How I Attained and Maintained Sobriety for More Than 50 Years