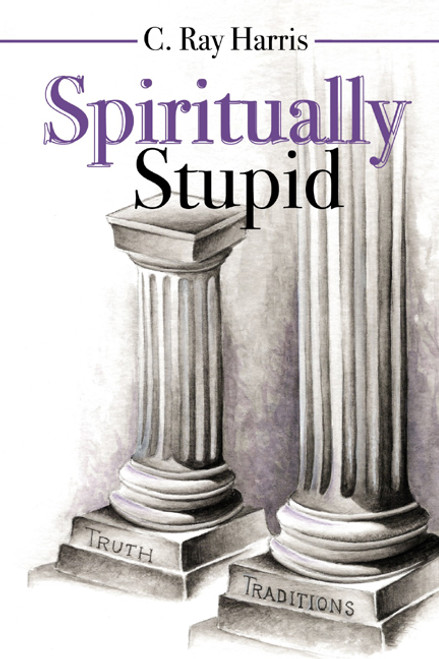 by C. Ray Harris Spiritually Stupid is a candid and carefully researched refutation of the Christian churchs position against divorce and prohibition against remarriage. An outgrowth of the authors personal experiences with social discrimination due to the pride and prejudice caused by willful ignorance and hypocrisy on the part of religious leaders, this treatise examines biblical teachings and looks beyond the commonly accepted translations to the roots and nuances of the language. In doing so, C. Ray Harris presents a more compassionate and just model of marriage and seeks to release Christians from the bondage of failed relationships and guilt. The impassioned arguments of Spiritually Stupid encourages us to move beyond blind acceptance of false teachings and challenges the reader: If you want to know the truth, talk to God, not to men. ABOUT THE AUTHOR C. Ray Harris grew up in a devout family, worshiping in a nearby Gospel Hall, but he came to salvation much later in life while enduring the ending of his first marriage. Finding only coldness and at times cruelty in the responses of leaders within the church, Mr. Harris sought to educate himself about the real teachings of the Bible regarding marriage and divorce. The authors books include Forbidden to Marry and Three Blind Mice. (2005, paperback, 32 pages)
×

The Dire Consequences of Your Stupid Religious Beliefs on the Future of Humanity: The Bible or the Koran Cause, Rather than Predict Tragedy and Armageddon