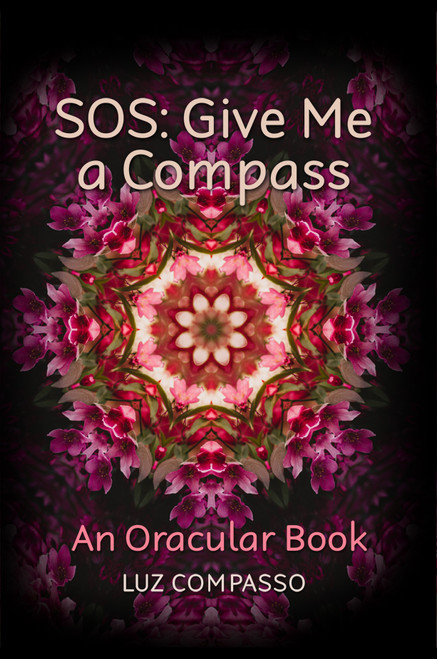 SOS: Give Me a Compass is an oracular book. Inspiration came from the author’s personal life experiences. She provides an in-depth depiction of these experiences in the forward under the title, “Pazito, the Spanish Boy.”

Luz Compasso hopes that readers will become enthusiastic about this means of dialogue with God, and through their perspective in reading this book, will feel open to write down their own oracular portrayals.

Luz Compasso was born in Mozambique. She attended schools in Swaziland, South Africa, and in Mozambique. Later, she moved to Portugal, where she worked teaching primary school kids for one year.

Compasso lived in Lisbon. She started an atelier to develop a fashion line called “Rubilú Confections.” Compasso owned a chain of boutiques in the main cities of Portugal.

In 1992, after what she felt as a message from God, Compasso suddenly abandoned her commercial activity and started her work as a writer due to a dream where she felt that God was telling her to write books. In 2003, she co-founded a Publishing House, Editora Luz da Vida, Ltd, in Coimbra. To this day, she is a partner of this publishing house, and is also a partner of another business, the Centrogest LLC. She also brought to life a small “Hotel de Charme,” as it is called in French, whose name is “Despertar com Siso” (in English: Wake up with Wisdom). Here, Compasso organizes cultural events and holistic experiences.

Then, from 2004 until 2012, Compasso gave talks in several countries such as Brazil, UAE and Germany. In April 2014, she founded the Divine Cities Foundation in Dover, Delaware, whose aim is to inspire Paradise Builders, following the slogan: “Together, let us take our Being, our Home and our city and make them divine.”

In the near future, Compasso intends to organize oracular creative writing courses. This will be done together with national and international groups of writers. A new project is to prepare random systems which will work with several oracular sentences for self-help. These sentences will be available in five languages; it will be possible to download the system into cell phones, even using a voice android program. This oracular system will be able to work also offline.