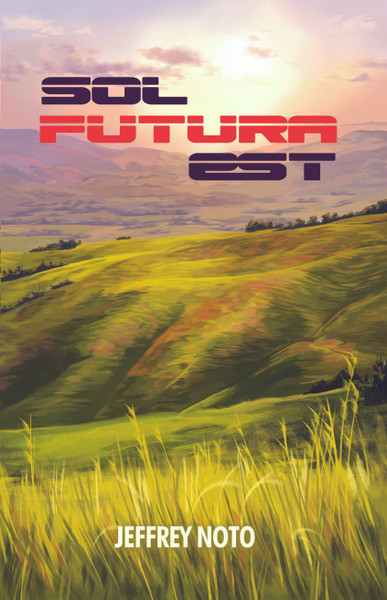 Octa’s experience of the world is limited to the gladiatorial arena where he’s spent his entire life as an indentured servant. When not training or fighting in the arena, he studies the journals of past warriors and political figures passed down to him by his trainer and mentor. In them he reads of how plague and war led to the state of the world in the middle of the third millennium. Octa believes that he’s an orphan, indefinitely bound to the arena, until it becomes clear that his lineage and destiny contain more mystery and potential than he could have ever anticipated.

Sol Futura Est follows Octa as he comes face to face with destiny, travelling throughout a familiar yet futuristic European landscape in search of the truth of his lineage and his true purpose. Readers will discover a socio-politically rich world where morality is more gray than black and white, where war is a perpetual norm, and where the question of what values society should hold in high regard is as poignant as it is in our present.

Life Happens! Now What?: How do I navigate the unforeseen