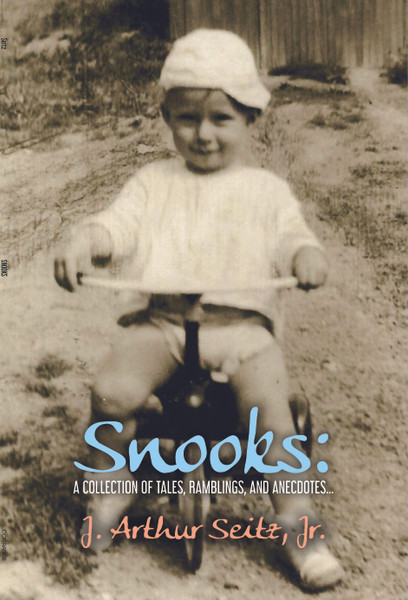 Snooks: A Collection of Tales, Ramblings, and Anecdotes…

A down to earth story of a farm boy marrying a coal miner’s daughter, J. Arthur Seitz Jr.’s Snooks: A Collection of Tales, Ramblings, and Anecdotes is just that—and more, chronicling his adventures from boyhood to married life and retirement, and all the wonderful moments in between with heartwarming sincerity and good humor.

Written to honor his beloved wife of 55 years, Jean, Seitz’s story is beautiful in its simplicity, carries a message of love and faith, and reminds you to enjoy the life that’s served up to you, no matter what it brings.

J. Arthur Seitz Jr. began working in the newspaper industry as a member of the International Typographical Union, which became a 37-year career. He later worked for the USPS for 23 years before retirement.

A graduate from Duquesne University in Pittsburgh, PA, Seitz served in the US Army and Air Force reserves for six years, as Postmaster of Bolivar and Penn Run, PA, post offices, and has been a member of the Pittsburgh Scottish Rite for 63 years. A man of diverse interests, he also is an Eagle Scout and member of the Order of the Arrow; he called bingo for seven years at the Elks and Legion in Meyersdale, PA, and served as mayor of Meyersdale, PA.

Seitz married his wife of 55 years, Jean, on July 17, 1964 after knowing her for less than a month. (Read more about that inside!) Together, the pair moved 26 times throughout their marriage and restored and remodeled every one of the homes.

His hobbies include bowling, traveling, and photography. Every year, he donates three to five framed photos at the Berlin Historical Society banquet. He also photographs animals and gives them humorous captions.

Snooks: A Collection of Tales, Ramblings, and Anecdotes... - eBook

A Letter to My Children from the Fifties

The Gift of Fatherhood

Tell Me a Story, Grandma

He Took a Piece of Me with Him

The Poemography of Hellen Hagler Her Story in Poetic Form - PB