Sadie's Book to the Glory of God "A Call for Missions" 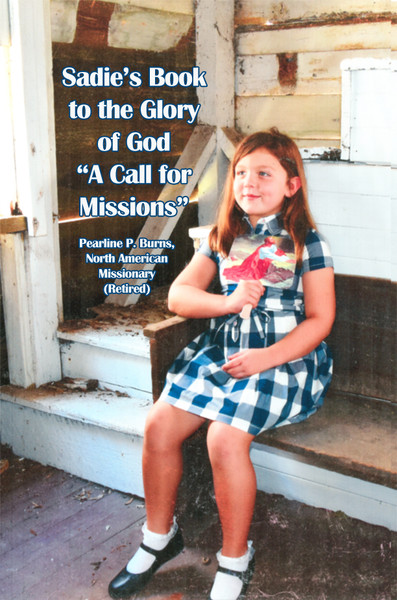 Sadie's Book to the Glory of God "A Call for Missions"

Sadie’s Book to the Glory of God was written to share God’s love and grace for all His people. Pearline P. Burns knows He has promised to never leave or forsake us – and she has witnessed this promise. Burns is in total awe of the miraculous answers to prayers that only God could do. She writes in Sadie’s Book to the Glory of God, that she experienced God’s faithfulness in meeting the needs of the poor with no resources available, to the rich with resources they will never use.

However, the emotional and spiritual pain hurts both.

During the thirteen years Burns served at Windsor Forest Baptist Church’s Life Care Ministry and her seven years at Savannah Baptist Center as a North American Missionary, she felt God pour out His power and love in miraculous ways.

Pearline P. Burns was born on a cold January day of 1941 in the Bay Springs

Community of Georgia. Her mother would laughingly tell the story that the house was full of friends and family, but no doctor until the last minute. This was the way the community loved and supported each other. Burns married the love of her life when they were both eighteen years old, and now they just celebrated their 58th anniversary. They have three children and five grandchildren.

Until 1991, Burns worked in the business world, when she heard God’s call to serve full time in missions. She served thirteen years at Windsor Forest Baptist Church and seven years at Savannah Baptist Center.

A lover of sports, Burns played softball until age fifty-one and also learned to play golf. She enjoys gardening, traveling and spending time with her family and friends. Burns and her husband, WA, have been able to travel to several countries including China, Australia, and New Zealand. Unfortunately, Burns was diagnosed with Parkinson’s Disease more than ten years ago, but she does believe that God has walked with her every day since.

To God Be the Glory: Healing from satanic ritual abuse - eBook

Santa Claus in America on the Eve of Christmas: Special Edition