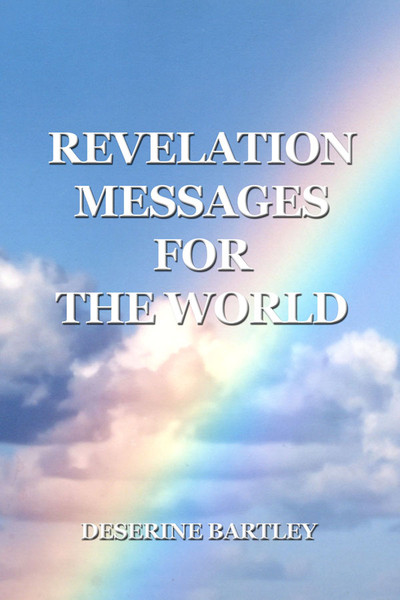 Revelation Messages for the World
by Deserine Bartley

Revelation Messages for the World is extremely phenomenal and unique. The revelations within and in all other books born from this book are the dispensation in this time, and such revelations will not be seen before one thousand years. Will the world last until then?

The revelations come in the form of dreams, visions and esoteric symbols, drawings and languages seen in the sky and other places, and can only be interpreted with guidance from the Holy Spirit. These revelations are given daily. This book is just the tip of the iceberg, as there are hundreds of symbols and drawings to be placed in other books to come. All writings were recorded from 1995 2011.

Deserine Bartley was born in Kingston Jamaica, West Indies and grew up on the North Coast in a small fishing village near Greys Inn Sugar Plantation in Annotto Bay. After graduating from Oberlin High School, she enlisted with the Jamaican Defense Force (JDF) where she served for three years. She immigrated to the United States, and has since maintained residency in the Bronx in New York City where she currently works as a Registered Nurse.

Her revelations started sometime between ages 5 and 10. But, at that young age, she could not appreciate the magnitude of the experiences that afforded her the ability to divine events before their occurrence. However, she remained firm and unshakable in her conviction that the events she described to others were real.

Today, she understands that God always chooses someone to warn the people. She says that what God has allowed her to see is sometimes painful and burdensome, but its pointless if she does not take the steps to bring it to the people.

Deserine Bartley writes the revelations as they appear in her dreams and her visions. Since 1995, shes been making notes and recording her experiences. In this act, she feels she has begun down the road towards completing the task that God has entrusted to her. But today, I still ask, Why me?