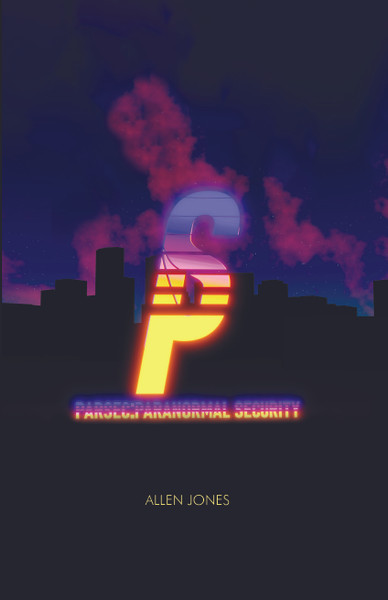 The job is to hunt down and neutralize demons, satanic rituals, and similar paranormal phenomena. While Matthew Sage, an agent of PARSEC, faithfully reports a shocking encounter to his superior, he is dressed down, reprimanded, and not believed, much to the agency’s regret.

PARSEC: Paranormal Security is an urban fantasy set in 1980s Minneapolis, taking place under the unique historical backdrop of the satanic panic that existed at the time in which large numbers of people became increasingly paranoid about the paranormal. It is also a time where magic would start to be overtaken by technology in such a way that users of magic would have to either adapt to these conditions or die out. Sage finds himself and his team in a battle most honestly never expected to fight, and as he uncovers each thread of a clue, it brings him closer to a dangerous revelation… as well as a very personal one.

Allen Jones was born in Maple Grove, Minnesota on January 31, 1995. His parents, although divorced a few years after having him, were both highly supportive and nurturing of Jones growing up. Due to a problem with bullying, Jones and his mother decided to move to South Dakota to start over on a clean slate. He has long since fallen in love with the Black Hills, although he still comes back to Minnesota from time to time to visit his father. Jones’s interests are surprisingly diverse, while some people say athleticism and geek hobbies are exclusive, he surprises them by snowboarding during the day and playing Dungeons and Dragons by night. Jones has a special fondness for history and is an unapologetic nostalgic and has been studying all he can about world events. He also has a fondness for other cultures and takes the time to study them beyond the mere pop culture they export, although he did take a liking for Japanese anime. As an eternal optimist, what Jones sees lying ahead is a bright future, albeit one he had to work long and hard for as we all should.

Perry and the Perilous Parsec