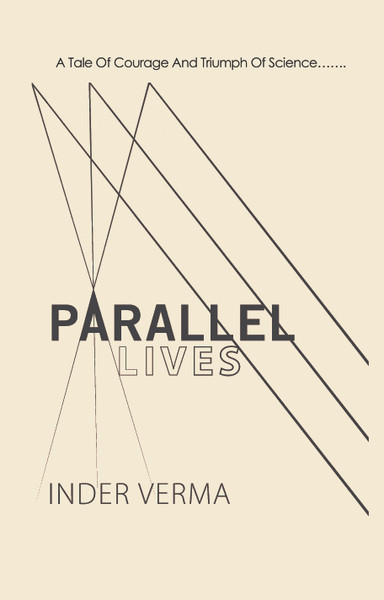 In an amazing coincidence, three lives intersect in a race against the clock, to find a cure for a deadly brain tumor. Meanwhile, one man and his family come together in hopes of a miracle.

"Parallel Lives reads like a detective novel. There was clearly an incentive to see how it would end. As a result once I started I finished it the next day. That does not happen with all the books I read.  I was impressed by the detailed medical and scientific descriptions …."

“I was captivated by Parallel Lives and wanted to know how you would bring it to its end. You really master linking both science and medicine in a field to which you contributed a lot. Bravo for this tour de force”.

On his 50th birthday, Graham Bunker, a tall, trim, handsome school teacher, in perfect health woke up in the middle of the night with an intense headache and a general state of restlessness. Chalking it up to the end of school year crush, he went about his day and later celebrated his fiftieth with his wife and children. However, in a matter of weeks, his life and that of his family will change drastically.

Yacov Kaufman,  born in Israel the same year as Graham, was lured by several venture capitalists to become the chief scientist of a biotech company in the San Francisco Bay Area. Charged with finding cures that will be highly profitable for the company, Kaufman believes he’s found his dream job. A job that will save thousands of lives. For him patients will always come before profits.

Rakesh Mehra, obtained his medical degree in India and trained in Boston as a Neuro-oncologist. His life is up ended the day Graham Bunker and his wife walk into his office. What begins as a simple exam turns into something far more dire, yet it also proves to be an extraordinary opportunity that pushes Mehra to question the oath he took as a doctor to do no harm.

Two men come together to save one man, a family and possibly hundreds in this fast-paced and moving story about the boundaries of medicine and the limitless empathy one man can have for another.

Inder Verma is a cancer biologist who has published over four hundred peer reviewed articles in major scientific journals. Discoveries from his laboratory in the last four decades have included identification of cancer genes, animal models of lung, breast and brain cancers. He pioneered the  use of  viruses to deliver therapeutic genes for human gene therapy. Verma has been a founder of several biotech companies and served on numerous Scientific Advisory Boards.

Ancient of Days (Author of All You Survey)

The Lost and Forbidden Love