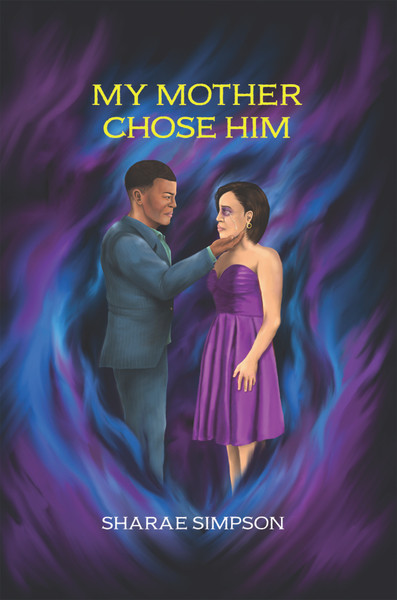 My Mother Chose Him is the story of a family, a story of love and loyalty, how family secrets can either bring you together or tear you apart, how family is more than being born of the same parents or coming from the same bloodline. This tale attempts to show a bond that was made with adopted children and how children born in bad circumstances can still turn out successful with the proper guidance.

ShaRae Simpson was born in Jamaica, Queens, in 1983. She was a brilliant child, beginning kindergarten at the age of four. She graduated high school at the age of seventeen and went to York College. English was her favorite class, as it gave her the opportunity to be creative through writing. One day her professor, Aegina Burg, gave her back her paper that was graded with an A and told ShaRae that she had potential to be a great writer one day. From this day on, many songs and poems were created.

ShaRae is a 36-year-old mother of three boys: Malachi, 17; Machi, 15; and Lowell, 6. She began writing her first novel during her first domestic violence relationship that lasted seven years. It wasn’t until 2017 when she began to finish it. She sent it to her sister one day while she was in the hospital and she told her it was good, and she should complete it. Although her sister died before ShaRae finished it, she was her motivating force to not give up.

ShaRae has overcome many obstacles in life, one having been her life almost taken in her second domestic violence relationship. After that day, she gave her life back to God and is now a minister in her church.

A Tao for Now: The Music of Lao-Tsu - eBook

Lessons from the Coop