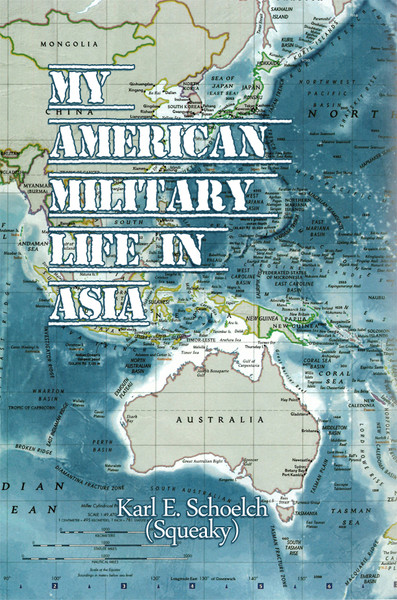 About the Book / Author

Like so many Americans, Karl E. Schoelch (Squeaky) was called to join the U.S. Army, which he did on April 3, 1960. After being stationed at a handful of places, in December 1960, President Eisenhower sent him overseas. Leaving Oakland, California, on the U.S.N.S. Barret and sailing to Japan, he spent his Christmas on the Pacific Ocean for eighteen days.

Once in Japan, Schoelech was sent to Camp OJI, in Tokyo. He became a member of the 29th Engineer Battalion, known as the United States Army Map Service Far East. Schoelech and his team were also the first line of defense for the U.S. Embassy in Tokyo.

This was when a very interesting part of his life began.

My American Military Life in Asia details Schoelech’s travels, the places he went, the new and interesting foods to which he was introduced, and the many people he met and with whom he formed lifelong friendships