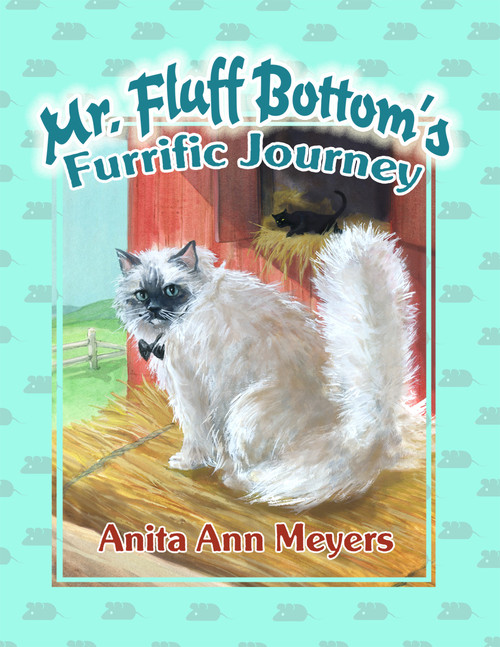 Mr. Fluff Bottom is an extra fluffy kitten with a “bodacious bottom” who finds himself separated from his family when a woman named Mattie takes him home. He’s happy with Mattie and her husband, George, but one day George leaves and Mattie becomes very sad.

Soon Mr. Fluff Bottom begins to make friends with other cats in the neighborhood. With his new feline friends, he embarks on a furrific adventure to find his brother and sister. He finds plenty of surprises along the way—including a special surprise for Mattie.

Anita Ann Meyers was born in Germany in the 1960s and immigrated to the U.S. when she was only six months old. She was raised in Northern California then attended the University of Nevada: Las Vegas, graduating from a nursing program in 1985. She is an only child, has lived in four states, and has traveled all over North America, Germany, and Australia. In 2000, she was diagnosed with multiple sclerosis, and for the last fourteen years she has managed her mother’s second-hand store in Nevada. She takes many treks with her dogs through Death Valley. Her mantra is “Bloom where you’re planted!”