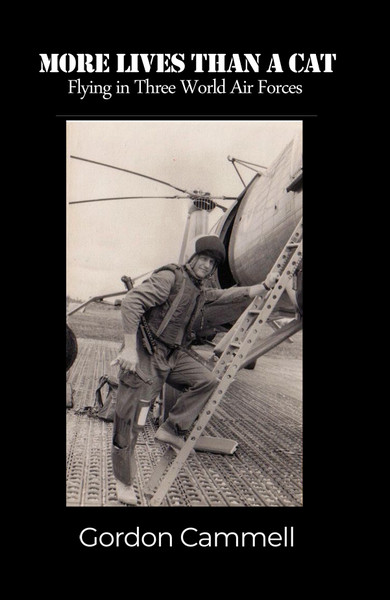 Over the course of his life in the Air Force, Gordon Cammell has had many life-threatening experiences. He believes that no one should give up after having such experiences. Also, that our lives are destined for something greater. He credits his Guardian Angel for looking after him and keeping him safe and alive to this day. Now that he is at 94 years of age, readers will learn about his adventures and marvel too at how he was so lucky.

Gordon Cammell served in various Air Force services for twenty years: two years on an exchange assignment with the USAF, four and a half years in the RNZAF and sixteen in the RAF. In that time, he flew thirty-nine types of aircraft including one thousand hours on helicopters in Cyprus and Borneo, where he spend three years in the war against Indonesia. After two and a half years flying jet night fighters he was sent on a two year exchange assignment as a Test Pilot/Project Officer with the USAF at Eglin Air Force Base, Florida. Cammell was the radar officer of the trial team for the F 102 Delta Dagger supersonic interceptor, before it was released into general service with the American Air Force. During one of his test flights, he completed a practice radar interception on a B52 bomber target, with a combined closing speed of Mach 2.5. He and his wife have four children that have grown into solid, American citizens, of whom he is very proud.

More Than Words Can Say- eBook

More Than Words Can Say

The Historical Legends of Natchez