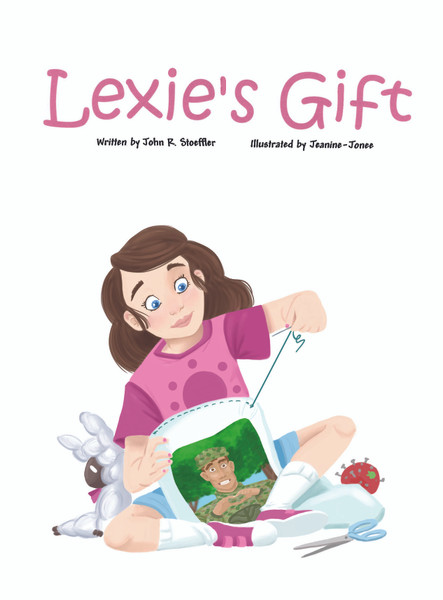 This is the story of a little girl, Lexie, whose best friend's father is in the Army and is called to active duty. Susan, the friend, is so sad that her dad will miss her birthday and Christmas and won't be there to hug, kiss, and tuck her in at night. Lexie wishes she could do something to comfort Susan while her father is away. With a little help, Lexie makes the perfect present for Susan: a pillow with her father’s picture on it. Susan is thrilled, and the girls decide to make more picture pillows for others like her.

This story is based on a project started in 2008 by the author and his wife. In all, they and their volunteers made and shipped “Sweet Dreams Pillows” to over 13,000 children of deployed members of the U.S. Armed Forces.

John R. Stoeffler attended Pennsylvania Military College and graduated in 1963 with a BA. Commissioned a 2nd Lieutenant in the Army, Stoeffler spent one year of his two-year active duty in Korea. After active duty, he went to work for General Electric and worked on projects in his community, creating “Kids Who Care”, a program which led children in collecting toys, food, and clothing for those in need nearby. Stoeffler also organized Republicare, a program with the local Republican Party and the Salvation Army to collect items for the needy during the Christmas Season. After decades as a salesman, Stoeffler retired in 2003 and moved to St. Petersburg in 2016.

In 1966, Stoeffler married the former Linda Diane Lord of Linwood, New Jersey. They have been married for fifty-four years and had two children: Susan (now deceased) and Laura. They have four grandchildren: Haley, Kylie, Kanon and Lexie.

For five years, Stoeffler wrote a weekly commentary column in the St. Louis West County News titled “As I See It”. He also wrote country music, pitched his songs along Music Row in Nashville, and penned a book of poetry: God, Family, Freedom.

The Gift of Fatherhood - eBook

The Gift of Fatherhood