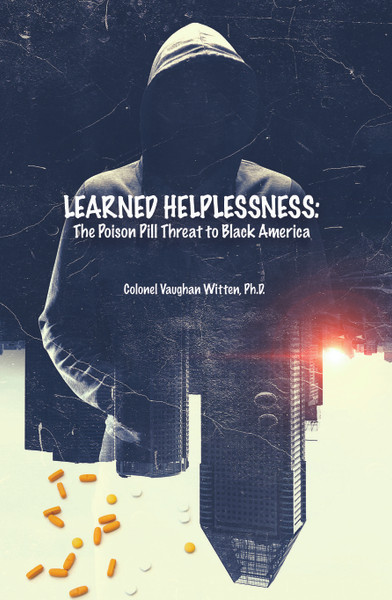 Learned Helplessness: The Poison Pill Threat to Black America discusses the self-destructive behavior of the American Black male, his delusional belief of victimization by a white society as the primary reason for his failure to acclimate and succeed in today’s capitalistic America. This engrained worldview thereby sufficiently blinds him and the general Black culture to the concept that discipline, sacrifice, and industry are their only escape from their dilemma instead of their rearview blame, pity, and destructive behavior. This helplessness, learned and absorbed in their psyche, negates any macro attempt to thrive as an independent, self-sufficient, and competitive subculture in America.

Colonel Vaughan Witten, Ph.D., a West Virginia coalminer’s son, is a retired Air Force Command Chief Master Sergeant and an author of his autobiography of his world travel and social experience, which is currently viewed and read in 134 countries. Anchored with a Ph.D. in Psychology from N.C. State University, he is seeking to educate and share with his Black race as well as the general American population his hypothesis that a sea change in work ethic, discipline, order, and responsible behavior is necessary for Black success in America.

For a Little Black Girl

Of Visions and Dreams: For Her Daughters