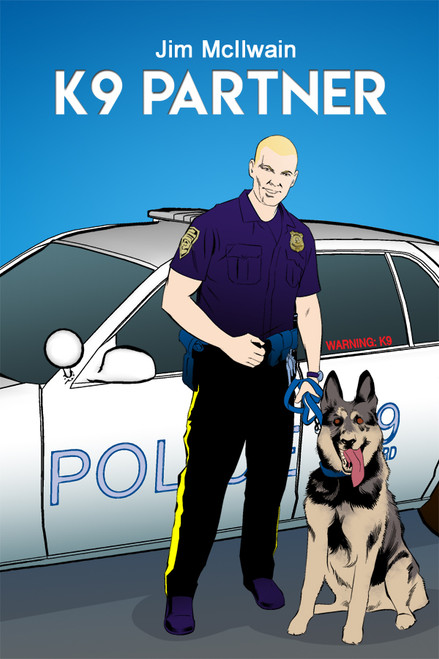 K9 Partner is a thrilling novel about the institution of a K9 officer in the previously sleepy and crime-free town of Westfield.

Randy Thompson, an officer with the Westfield Police Department, is frustrated that his town is turning into a hotbed of drug trafficking and crime. After a particularly grizzly standoff involving a domestic dispute, Randy is sent to the Southern Training Academy to train with a K9 officer. There, he meets Nero, his soon-to-be crime fighting partner.

Upon their return to Westfield, Nero and Randy quickly become the toast of the town as they foil crime after crime. The culmination of their efforts together is not to be missed. This riveting novel is full of action, suspense, and hope as this unlikely duo takes on the crime threatening to tear their hometown apart.

Jim McIlwain hails from Philadelphia, Pennsylvania. He entered the United States Air Force in 1966. After success in the military police, he volunteered for K9 duty. Following K9 school and a short stint of K9 Patrol in Florida, he was assigned to South Vietnam, then re-enlisted after that tour. The remainder of McIlwain’s 20-year military career was dedicated to training dog handlers. In addition to his canine training, he performed frequent public relations work for military working dogs. Even after McIlwain left the USAF, he continued training Cairn Terriers for the Disney presentation of The Wizard of Oz on ice.

Besides working with dogs and writing, McIlwain is an avid Philadelphia Eagles fan and a great lover of The Rolling Stones.

Judas Iscariot: The Devil and the Betrayal of Jesus Christ