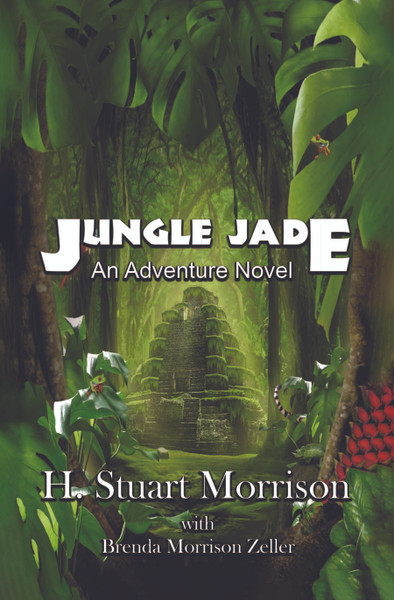 When the silver plane crashes into the wet, stifling greenness of the Brazilian Amazon jungle, Mary Smithfield, daughter of a wealthy American industrialist, is the sole survivor. With her unusual green eyes and flaming red-gold hair, the down-on-his-luck prospector who finds Mary mistakes her for a White Goddess — a member of the mythical Amazon warrior women’s tribe. He’s determined to return her to them in their secret mountain fortress behind the Seven Waterfalls.

Set in a remote, uncharted part of the Brazilian Amazon jungle, Jungle Jade is a grand adventure in a complex, dangerous world full of wild animals and Indian tribes yet uncivilized, where every decision can mean the difference between life and death.

This swashbuckling tale of captures, daring rescues, escapes, twists and turns of fortune is the story of people pushed to their limits. For all of them, it will be a journey of discovery — not only of gold, diamonds, jade and lost civilizations, but the power of the Brazilian jungle and the discovery of the fortitude and courage within each of them, their true essence.

Jungle Jade was written and set in 1963, co-written by the author and his daughter, and published posthumously as a tribute to a man who had more than a few adventures of his own.

To Love Again: The Fairchild Story