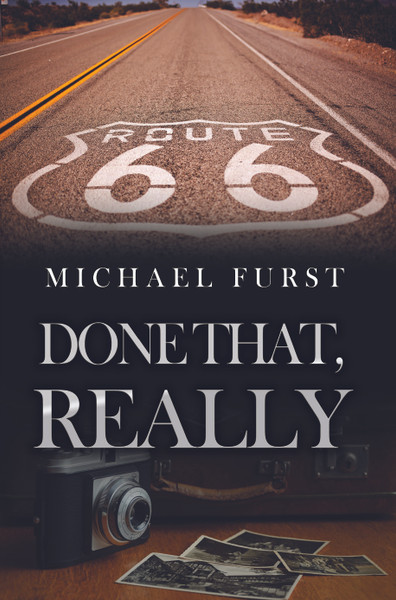 Complete with photos, Done That, Really highlights the author’s experiences and varied life. From traveling across the country on Route 66 to living in border towns in the desert, he’s had the opportunity to do some interesting things.

Mike grew up in a veterans’ housing project that was constructed to house men returning after WWII. There, all types of people lived together with a common goal to rebuild America and make it better.

He served in the Air Force during the Cuban missile crises. After spending a year designing roads, Mike went on to spend many years on the Apollo moon landing. He also contributed to Americas first space station, the F14 aircraft and other research projects. And he has the awards and photos to show for it. Reading through Done That, Really, you can experience it all with him from his very personal perspective.

Michael Furst studied engineering and signed up to join the Air Force. He has degrees from UCLA, Stony Brook, and Cal Davis. This is his second published book, his first, Possibilities, is science fiction.