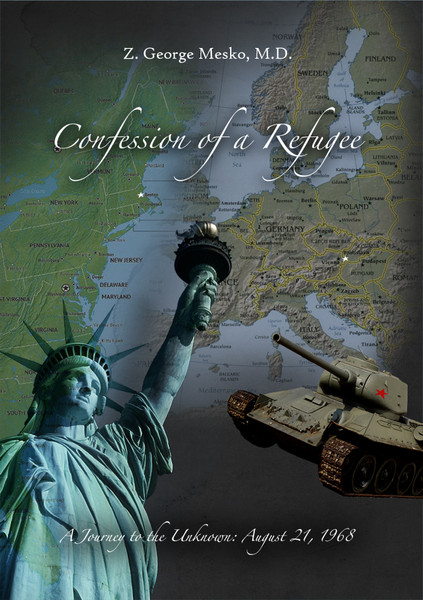 Fateful Opportunities
Stanislav J. Kirschbaum, Professor of International Studies, York University, Canada
Professor Kirschbaum, Fellow of the Royal Society of Canada, has the distinction of being a graduate of the National Defense College of Canada and has held the positions of Secretary of the International Council of Central and East European Studies from 1980 to 2010 and Co-président of the Association France-Canada d'études stratégiques from 1995 to 2015.
The twentieth century is already two decades behind us. To the younger generation, it may almost seem like the events that shaped those previous hundred years are ancient history. But they are not. The shape our world is in today is the product of the occurrences that marked one of history’s most crucial and deadly periods. Never have so many developments, positive and negative, happened so fast, so profoundly, and so ubiquitously as those in the natural sciences, the social sciences, engineering, medicine, warfare, and alas, also politics. Historians will tell us that there is nothing new under the sun when it comes to human behavior, that humans in ancient times behaved no differently than we do today. This may be true, which is probably the reason why works from the Greek and Roman authors still resonate with us. What must be understood, however, is that the twentieth century brought with it opportunities for a healthier and longer life, more mobility, better and faster communications, but also greater social control, mass political behavior, and totalitarian regimes that could touch and destroy individual lives in ways unknown in earlier periods. Yet, that century also taught us that the consequences of all these developments on human behavior could not destroy the human spirit and certainly not force it into hopeless subjugation. This is the message from biographies and autobiographies of individuals who lived during that fateful century. The book under review tells such a story.
It need not be stressed here that the inhabitants of Slovakia experienced social, economic, and political upheavals in the twentieth century. The contours of Slovak history are known today; the struggle for survival of that country and its people make a fascinating story. The history of a people is better understood when there are individual accounts that tell not only tales of survival, but that give us a sense of the environment in which they lived and the personal challenges they encountered. Add to that unexpected events that force one to leave, to seek a new life in another country, whose language, society, and way of life are quite different to one’s own; this, then, becomes the tale of two countries.
The life story of Zoltan George Meško, born in Košice, is told entertainingly in an autobiography, translated from the Slovak by the author, that reads easily, leaving you with the feeling that you are sitting by the fireside listening to a tale told in a friendly way. An already successful physician in Slovakia under the Communist regime (and he was not a member of the Communist Party), he understood the society and its political system well enough to realize that the August 1968 invasion of Czecho-Slovakia bode little that was good, perhaps even put him and his family at risk. How he left his native land, what challenges he and his family faced, how his life unfolded in the USA, where he finally landed, are the story in this autobiography. His description of situations in which he finds himself, of people he meets, of the places where he ends up, and of his sense of wonder and amazement at what he sees and experiences make not only delightful reading, but also belong to an autobiographical genre that contributes greatly to social history and to our understanding of  societies and their people. This is yet another story of a successful Slovak emigrant to the West, of a man whose spirit remained undaunted, and who, as a result, was able to make an important contribution in his field in the USA. It is an upliftingly good read.
Z. George Meško, Confession of a Refugee. A Journey to the Unknown: August 21, 1968, Pittsburg, PA: Dorrance Publishing Co. 2020, www.dorrancebookstore.com.
ISBN: 978-1-6461-0851-0 and eISBN: 978-1-6461-0051-4.
Quotations:

“The authors segmental autobiography is one of the best emigrant experience accounts that I have ever read. He puts into perspective not only the emotional meaning of leaving his native land, but also the challenges for one who has taken such a step. His description of his life in America is delightful. His book not only reads well, but you almost can feel his presence as you read it, as if he were telling you his story directly. The author’s life story of a resilient spirit who never forgot his origins, rather found in them a source of strength while experiencing a new life. His brilliant career as a physician testifies to his strength of character, his perseverance, and his courage.”

“The author and his family lost their home when the Red Army of the U.S.S.R invaded Czechoslovakia, his homeland, in 1968. Their extraordinary journey then began in Belgrade with the help of his “Blue Fairy” and her friends who always stood by him when he found himself between a rock and a hard place. He reached Children’s Hospital at Harvard University in Boston in June, 1969, and was trained there as a Pediatric Cardiologist. In 1978, his career brought him to St. Francis Hospital Heart Center in Roslyn, New York, which was associated with New York University. There he worked until his retirement in 1996. During this tenure he greatly assisted in the establishment of the new Children’s Heart Center in his native Bratislava.The memoir of this determined immigrant physician and his devoted, resilient wife and family is truly moving.”

“The author details the fascinating trip of an accomplished cardiologist after the surprise invasion of the Red Army of USSR into his native land. He describes the passion and uncertainty and hard work required to move with his family to a better life. Some fortuitous events and the actions of his friends helped to eventually secure a successful life and career in the United States. This book should help the reader to better appreciate the advantages of life in a free society.”

Professor and Director of CardioThoracic Surgery,