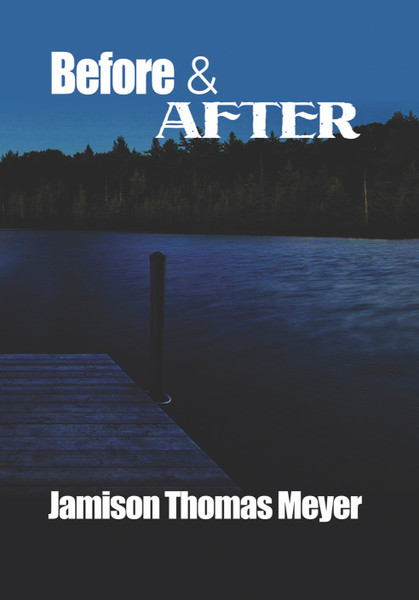 Before & After
by Jamison Thomas Meyer

In the middle of the night, as the stars creep across the sky, Sam wakes to discover himself lying on a dock. He has no recollection of where he is or how he got there - nor does he know the identity of the dead woman lying next to him.

Sam, confused and lost, must hurry to figure out who this woman is, and how she died. Was she murdered? Should he go to the authorities and risk being a suspect?

Before he can decide what to do with his future, he must work to uncover his past, and the events leading up to the mysterious woman’s death. Who is she? More importantly, who is he?

In the midst of all these questions, a blooming love affair with a young man, who may actually be part of his past, adds to the exciting twists and turns of this psychological thriller.

A self-described bibliophile, Jamison Thomas Meyer has long had a love of literature and has spent much of his life writing. He wrote his first short story in fourth grade and his first novella as a high school freshman.

Jamison is active in community theater and enjoys spending time with his soon-to-be husband and dog.

Before & After is his first novel.

Mommi & Daddy: Get Me Ready for the World