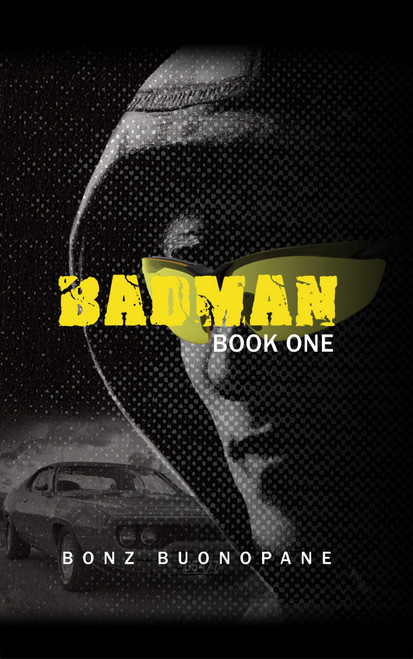 The Buonopanes are a dysfunctional family whose sense of normalcy has been twisted by years of violence and mayhem. There are no rules except family rules. When Bonz Buonopane moves to South Carolina to work for his uncle as a low-level Mafioso, he finds himself caught in the middle of what appears to be a budding turf war between the Italians and the Russians. Bonz soon comes to realize that he has to choose between doing what is right and what is wrong.

Badman is the first book in the saga of Bonz Buonopane.

After graduating from high school in Georgetown, Delaware, Bonz Buonopane worked the local boardwalk in the summers while attending classes at the local college. He took classes focused on foreign literature and the novel, which became key motivators in his passion for writing.

Buonopane moved to South Carolina for a period of time, working for his fathers half-brother, who owns several clubs. During his time in South Carolina, he learned to value the money he earned and the decisions hes made. He believes that his time there has made him the man he is today.

Buonopane is a firm believer in the concept of Karma (the idea that if you do good, good things will come to you) and always strives to do what is right. He has since returned to Delaware, where he is happily married and the father of two children, with another child on the way.