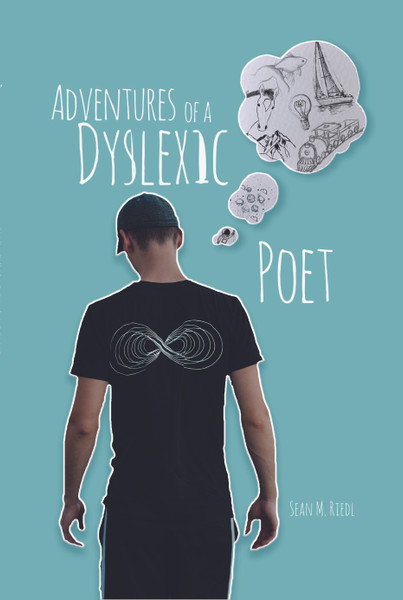 A collection of Sean M. Riedl’s poems and short stories, the various chapters of Adventures of a Dyslexic Poet flash by like short films. With poetic descriptiveness reminiscent of Edgar Allan Poe but with none of the gore, this book takes the reader through different worlds—some real and some imagined.

Riedl’s work has the power to confound and enlighten, to soothe and excite. Inspired by the author’s relationships with others and his interest in places and objects with storied pasts, Adventures of a Dyslexic Poet has something to offer any thoughtful reader.

Born and raised in Columbus, Ohio, Sean M. Riedl made it to fourth grade with straight A’s in all his subjects even though he could not read. When he was ten, Riedl’s parents transferred him to a private school called Marburn Academy that specialized in teaching students with learning differences. At this school, Riedl learned how to read using the Wilson Reading System and slowly regained his self-confidence. After five years, Riedl transitioned out of Marburn Academy to an all-boys Catholic college prep high school called St. Charles Preparatory School.

After graduating from St. Charles in 2000, Riedl got a bachelor’s degree in Mechanical Engineering in 2004 and a master’s degree from University of Hawaii at Manoa in 2010. Riedl currently works for the U.S. Navy at Pearl Harbor Naval Shipyard.

My Writings as a Poet - eBook