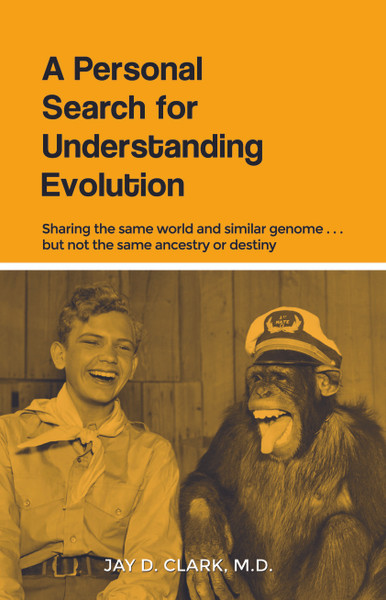 Good standards of scientific investigation seem to be suspended when it comes to evolution. This work points out scientific flaws in the theory of evolution and explains the fallacy of a godless creation and purposeless existence. Hard evidence of genetic entropy is presented to show the reality of devolution (evolution's opposite). Although we are devolving physically, life gives us an opportunity to evolve spiritually. We can endure almost anything now if we are able to understand what we have to live for. The life and gospel of Jesus Christ offer realistic hope for unspeakable joy beyond mortality.

Jay D. Clark, M.D. was born in Los Angeles, California in 1946. There, he attended military school through junior high before completing high school and a year of college in Washington state. From 1965 to 1968, Jay served a full-time mission for the Church of Jesus Christ of Latter-day Saints in the Brazilian South Mission. He then attended Brigham Young University where he met Pat Hoge. They were married in 1968 and graduated together from BYU in 1970. Together they have six children and twenty-three grandchildren.

Jay attended medical school in Guadalajara, Mexico where he received his M.D. degree in 1974. Following his residency in Cleveland, Ohio he became board-certified in ophthalmology and founded Utah’s first Medicare-certified eye surgery center in 1985. In 2006, Jay joined the Church’s vision advisory committee for worldwide humanitarian projects and became a short-term specialist for vision project development and training.  In 2010, he was called to serve as president of the Mongolia Ulaanbaatar Mission where he and Pat served together until 2013. Since then, Jay has served as a stake president and temple sealer. His personal interests include scuba diving, music, and time with family.

The Same Inside - eBook

A Personal Search for Understanding Evolution : Sharing the same world and similar genome . . . but not the same ancestry or destiny - ebook

For the Love of My Children