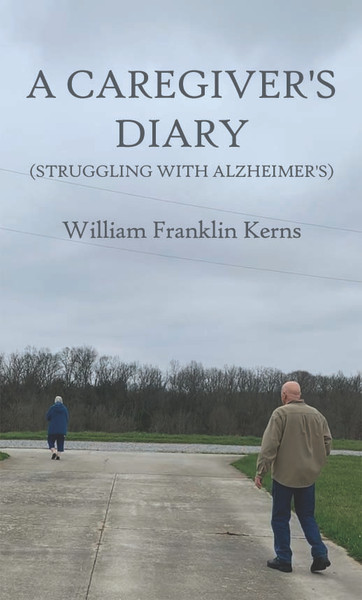 This is a love story.

William and his wife, Dora, shared a beautiful marriage of fifty-four years when Alzheimer’s disease began to take a fierce grip on Dora’s health and mind.

Intimate and deeply moving, William beautifully captures snippets of their daily interactions and conversations, revealing how this disease not only ravaged Dora’s mind and well-being but also challenged his relationship with his longtime love.

William details his daily struggles as Dora’s sole caregiver as her disease progressed and as their marriage moved from a mutually supportive one to one that required William’s constant support and care.

This diary details the harsh reality of Alzheimer’s while also capturing touching moments shared between a husband and wife. This story is an honest, often raw look at the effects of this disease, not only on the afflicted but on those who love them.

William served in the Navy and spent much of his career as a computer graphics supervisor at Williams International in Walled Lake, Michigan. His other endeavors include president of the Williamstown Kiwanis, a reading coach at Williamstown Elementary, and a Sunday school teacher at Jonesville Rest Home.

William is now retired, and he and Dora reside in Jonesville, Kentucky. When he’s not spending time with Dora, he enjoys deer hunting, teaching Sunday school, and singing cantatas at church.

Furnigore and the Alzheimer's Cure - eBook