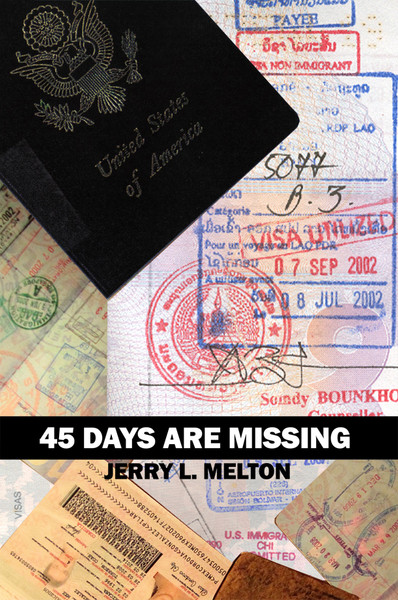 A serial killer is loose on society, protected by people at the highest levels of the American government. Three young men trained as spies of a foreign power have reached positions of power and influence, while the one man who knows about them languishes in a prison in Panama. An elite military unit vows revenge for a murdered commanding officer. A Russian Orthodox priest is called upon to enter into the murky world of counter espionage.

In 45 Days Are Missing, Jerry L. Melton introduces us to an unlikely group of misfits, police officers and mercenaries, who are forced to band together to fight a thirty-year war against forces dedicated to the destruction of the American Republic from within. This is a story of uncontrolled lust, abuse of power, and greed. It is also the story of brotherhood, loyalty, and honor as comrades in arms face betrayal and almost certain death.

Jerry L. Melton is a consultant who has traveled extensively throughout the world and has based his stories on some of the incidents he has witnessed. He has since retired and lives quietly in a dusty little town in the foothills of the Ozarks. He is a member of the American Legion, the National Eagle Scout Association, and the Aircraft Owners and Pilots Association. Former memberships include the Air Force Association, Civil Air Patrol, and the Confederate Air Force. Other works from Melton include Habas, The Sandestos, and Katanga Legacy.