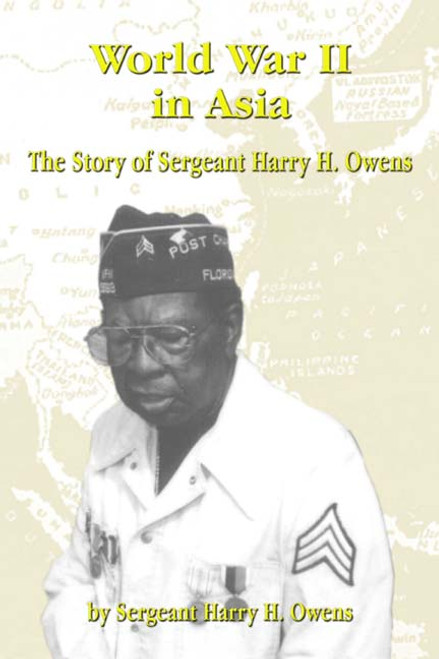 by Sergeant Harry H. Owens In this personal history, Sergeant Harry H. Owens recounts his experiences in the United States Army during World War II. He left his home in Miami, Florida, and traveled through forty-two states and many island countries. He sailed through the Pacific Ocean, the Sea of Japan, and the East China Sea. He relates tales of how he and his fellow soldiers passed their time in the various stops along their journey, as well as on their troop ship. Owens shares some sad memories, like having to walk over wounded soldiers to keep advancing on the enemy, but he also has many good memories, including the warm welcome they received when they returned home. Sergeant Owens will always value all the opportunities he might not have been able to experience had he not served his time in the United States military. ABOUT THE AUTHOR Sergeant Harry H. Owens, who lives in Opan Locka, Florida, is a retired Dade County employee. He has been a minister at First Baptist Church Buche Park and Chaplain at VFW Post 5693 for thirty years. He is also a master barber. Some of his previous vocations include headwaiter, bellhop, and truck driver. Owens is the father of four grown children and enjoys reading, singing, teaching, and playing softball. (2004, paperback, 42 pages) Availability: Usually ships in 2-3 business days.
×