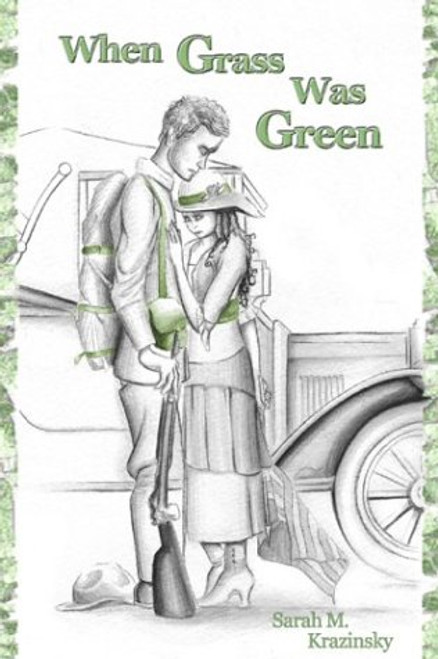 by Sarah M. Krazinsky In this charming novel about growing up, we follow the heroine, Irish-American Peggy Connolly, as she comes of age in her small town. We watch her triumphs and failures as she grapples with the realities of adult life, and we witness the flowering of her feelings for her childhood sweetheart, Sam. At the same time, When Grass Was Green shows America growing up. Sarah M. Krazinsky relates how in the early 1900s, the country was essentially a rural country and a negligible figure on the world stage. World War I changed all that, and began the transformation of America into the mightiest power on the face of the earth. Peggy and Sam show us the beginnings of that change: how the people of America found themselves dragged into conflict; how the privation of war steeled the determination of both those who fought and those who remained behind. America would never be the same again About the Author: Sarah M. Krazinsky, who has a bachelor of arts in history and a master of science in education, comes of Irish stock herself and has a keen appreciation for the struggles of the early Irish immigrants. She lives in New York State and for many years wrote a historical column for the Chemung Valley Reporter. She hopes to reflect the reminiscences or a generation of women who are now passing, and to preserve them for future generations. (2003, paperback, 258 pages)

When Angels Walk the Earth, Lives Are Changed

When a Bully Bullies You: Practical Silly Tales of I.D.

Where Have All the Flowers Gone: gone to graveyards everyone

When the Amaryllis Blooms