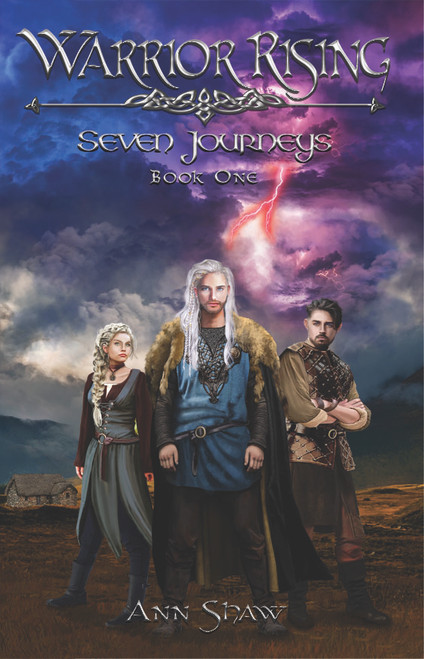 The time of the Elfain Warriors is over. Their tales of bravery and their ability to wield the elements are all that remain of the heroes of old. However, there are the Foretellings that tell of the Warrior’s return to defeat a black shadow that threatens to destroy the Kingdom of Albavar.

Gildon is a scholar and a wanderer. He believes that the warriors will return, and he thinks that he may have found one of them in Cole, an orphan and an apprentice to a carpenter. Cole may seem normal, but Gildon soon discovers that Cole can wield, and not only that, but he can see the future or past of anyone he touches. Because of his gift, he sees an old enemy of Albavar rise again. Shelrin, the once dark Warlord who ruled over Albavar with cruelty and malice, has broken free of Grimhold prison and is determined to take back the Kingship’s throne. Bearing the weapons of ancient power, Shelrin seems unstoppable.

But there is hope. The Elfain Warrior and Seer, Ayden, saw the war that would rise long after he was gone. He ordered seven weapons be hidden throughout the land, so when the time came, the returning warriors would find them and use them to destroy the great darkness that threatens Albavar. Because of his gift, Cole knows where these weapons are. So, with the help of seven companions, Cole sets out to travel across Albavar to find the weapons and fight the darkness that Shelrin is causing.

As the first book in the Seven Journeys series, Warrior Rising will thrill readers and show that even those who have gone before us still hold a great strength which is passed to the current generation.

Ann Shaw lives in Salt Lake City, Utah. She has always loved to read and write stories, and this is her first novel. Shaw enjoys gardening and making quilts, which are mostly donated to hospitals and women’s shelters. She also likes to spend time with her sisters and brother and all her nieces and nephews. Shaw has many friends of all ages and has a unique ability to connect with children.