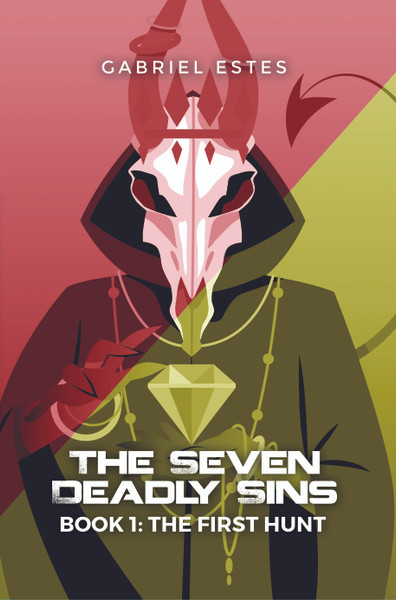 In the world of good and evil, angels and demons, young Arthur Pendragon is sent by his father, the King, to seek out and defeat the Seven Deadly Sins, who are threatening to wreak havoc and bring about the destruction of the world. Along with his team of young warriors, Arthur sets out on his long journey, unsure of the road ahead of him. What he will soon discover is that the lines of good and evil can blurred. Demons may not always be the villains, and those we hold dear may be the ones who desire to hurt us the most.

Gabriel Estes has worked at a local business in his hometown called Ike’s Donut Shop since 2018 and plans to continue working there as long as possible. His interests include video games, collecting swords, cosplaying, and collecting fandom merchandise. He is very close to his family, which consists of two brothers, Benjamin and Jacob, two sisters, Sophia and Samantha, and his parents, Ethan Estes and Annette Sutherland. Though they live in California, Gabriel visits them as often as he can. He currently resides in Arkansas City, Kansas.