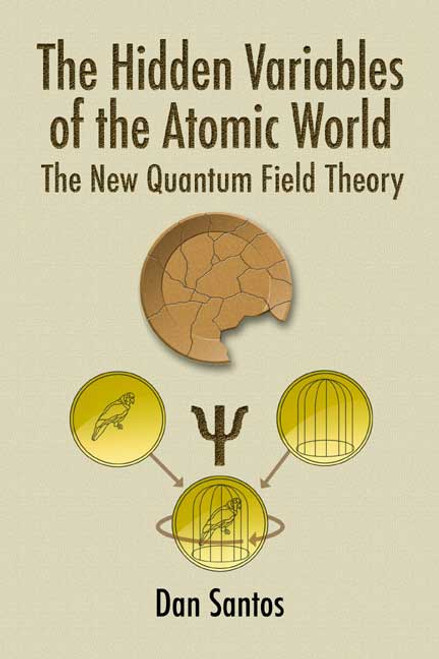 by Dan Santos What is wavefunction and how does it relate to quantum physics? Many think that quantum physics is subjective reality because they do not know what wavefunction is. In this groundbreaking work, Dan Santos bridges that gap of understanding. In The Hidden Variables of the Atomic World: The New Quantum Field Theory, this electrical engineer asserts that not only is wavefunction a beacon that shows us all the information we need to know about the atom, but it also demonstrates the unification of physical theories that are sanctified as the stalwart foundation of quantum mechanics. Writing for those who are literate in math and physics, Santos explains his concepts in a concise organized manner as he uses mathematical equations to explore every step of his concepts and take the reader on a fascinating journey into the realm of quantum mechanics and wavefunction. If this new concept is widely accepted, it could lead to a better understanding of scientific discoveries and newer advanced technologies as it betters our lives in this world. ABOUT THE AUTHOR Dan Santos holds a bachelor of science in electrical engineering from the Mapua Institute of Technology in Manila, Philippines. He is a member of the American Physical Society and the Southern California Mapua Alumni as well as his local PTSA. He enjoys playing the piano, classical music, reading science magazines, computer operations and programming, and cybernetics. A native of Manila, Philippines, Santos has lived in southern California for more than twenty-three years. He and his wife, Elenita, have two children, John Paolo and Diane. (2006, paperback, 52 pages)
×