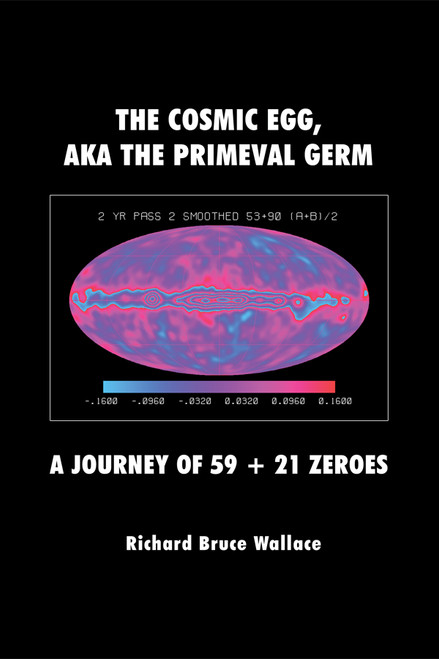 The Cosmic Egg, AKA The Primeval Germ: A Journey of 59 + 21 Zeroes
by Richard Bruce Wallace

Here is the complete story of the creation of the universe as it was understood by the ancient Egyptians. In this age-old quest to grasp the mysteries of God and the universe, the U.S. Space Programs supertelescopes unexpectedly provide us new information that subtly supports the old African beliefs.

Here too is a collection of harmonic and radical Black Thoughts toward the pursuit of equality for all this planets inhabitants.

Born and bred in Boston, Richard Bruce Wallace has certainly taken advantage of the opportunities Massachusetts offers for higher education; a graduate of the Boston Public Schools, he attended night classes at Harvard University for two years and at the University of Massachusetts for four. Except for thirteen months in Vietnam in his early twenties, he has remained in the Boston area ever since.

Richard Bruce Wallace has been involved with the Church of the House of RA since 1974 and is a counselor there. In what spare time he has, he indulges in some rather cerebral playchess and golf.

Dont miss his earlier book on this subject: The Old Religion of Ancient Egypt.

The Courage to Love

The Consumer's Guide to Getting Value in Eyewear: (First Time, Every Time)

The Cure for Smoking: How the Universal Law of Attraction Made Quitting Cold Turkey Easy!