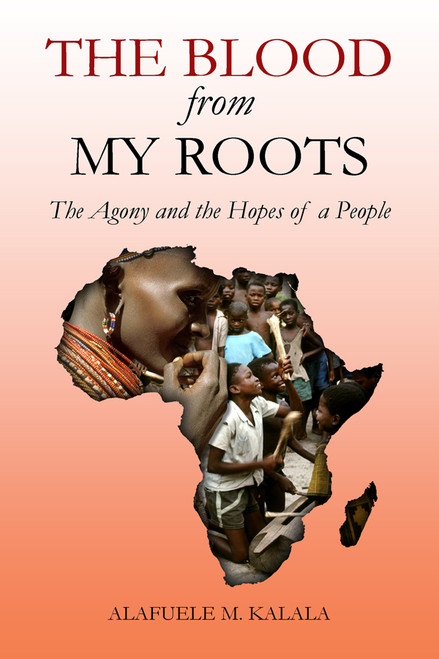 The Blood from My Roots: The Agony and the Hopes of a People by Dr. Alafuele M. Kalala

Peoples of Congo, Peoples of Africa! Immense is your desolation. So begins Dr. Alafuele M. Kalalas poetic plea to his fellow Africans to cast off the corruption and despair plaguing their countries and unite in the common goal of rebuilding their societies. Taking on the voice and rhythmic delivery of the traditional African songster, Kalala laments the current state of his homeland while never losing sight of his hope that the people of Africa will one day join together in love and solidarity to reclaim their destinies. Kalalas poem, translated here for the first time into English from the original French, is at times an elegy to the bygone splendor of pre-colonial Africa, yet is ultimately uplifting in the poets ever-hopeful message to his people: Peoples of Congo, Peoples of Africa! Destiny is yours; so is choice!

A native of Bonzola, Democratic Republic of the Congo, Dr. Alafuele M. Kalala holds a Doctor of Science degree, with a specialization in biochemistry and biophysics, as well as masters degrees in science, pedagogy and psychology, and applied economics. A member of numerous scientific organizations, including the African Scientific Institute, the New York Academy of Sciences, and the International Society for Orthomolecular Medicine, Dr. Kalala has also long been involved in African politics, particularly those of his native country.