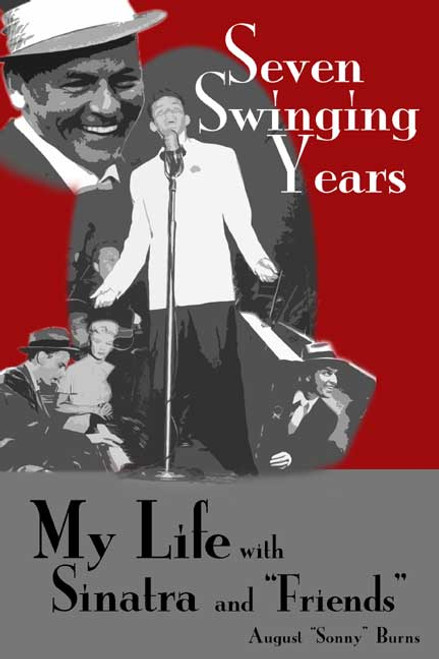 by August "Sonny" Burns Few entertainers are so revered as Frank Sinatra, yet not everyone gained access to his private life, and even fewer got to know Frank on a personal level. August Sonny Burns, however, had just such a golden opportunity, which he recounts in the pages of his memoir, Seven Swinging Years. Already on the force of the Los Angeles Police Department, a chance gig filling in as a bartender at a Hollywood party led Burns to encounters most of us only dream of. Whether it was being relied on by Jennifer Jones or rescuing Marilyn Monroe from an embarrassing situation, it was these traits of reliability, loyalty, and sincerity that helped endear him to his new celebrity friends, including Sinatra. Frank never said goodbye, but always, Sonny, sleep warm! But as Burns demonstrates, his life was not all about fame and celebrity. His memoir also recalls the major historical events occurring throughout his lifetimes, as well as the realities of life on the LA streets for the less fortunate. With such breadth of content, Burns shows the many paths a life can take, beginning with those Seven Swinging Years. ABOUT THE AUTHOR After a career in the Los Angeles Police Department and moonlighting as a bartender and confidant to Sinatra and other Hollywood celebrities, August Sonny Burns went on to become a dental laboratory technician, owning his own lab. He is also a member of the Screen Actors Guild and has appeared in many movies as a background actor. Originally from New Orleans, he is married with three children. He has been married to his beautiful bride, Mary, to whom he was introduced by Sinatra, for almost fifty-nine years. His son August Jr., also a Sinatra fan, passed away after a tragic accident in Germany. Burnss other children, Paula and Lawrence, both successfully own their own businesses. Burns enjoys golf, his movie and television work, and restoring vintage cars. This is his first published book. (2006, hardbound, 104 pages)
×

Life Is a Seven-Layer Cake