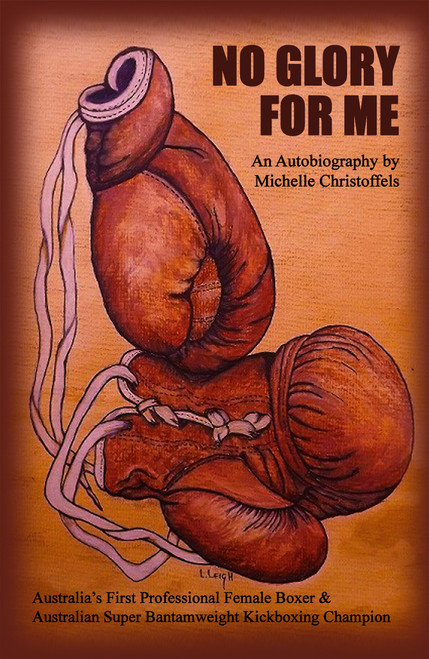 No Glory for Me is the story of Michelle Christoffels, Australias first professional female boxer. After a somewhat turbulent youth, wandering between jobs, interests, and lovers, Christoffels found her true passion: boxing. She pursued this passion with every fiber of her being, training every spare moment, winning sparring matches and gaining notoriety. Though her love of boxing at times took a toll on Christoffels personal life, her hard work and sacrifices allowed her to become a boxing success, as she won title after title in the kickboxing ring.

However, her great success had a terrible price. With growing fame, Christoffels ego got the best of her, leading her to make a string of catastrophic decisions that would change her life forever. Witness the true-life struggles of Michelle Christoffels as she recounts her arduous rise to the top, and her perilous fall.

About the Author: In December of 1987, Michelle Christoffels became the first registered professional female boxer to fight in Australia. She went on to win three major kickboxing titles between 1992-1993. She made history as the first female fighter to hold three titles in three weight divisions, and by being first female main event to an all-male undercard in Australia. Her current hobbies include playing the drums, motorcycling, and skydiving. She is passionate about volunteer work, and is passionate about providing a voice for those who cant speak for themselves.