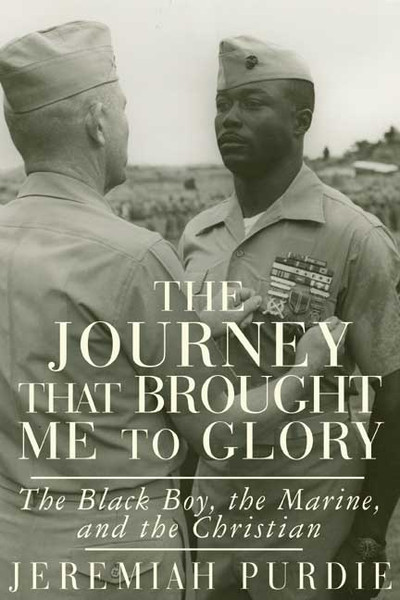 Jeremiah Purdie had a tough row to hoe literally from the moment he was born. His mother died within weeks of his birth, his father remarried a strict and God-fearing woman who demanded perfect behavior from the children, and segregation and racism were rampant throughout the country. He persevered, however, remaining close to his father and siblings until, at seventeen, he convinced his father to allow him to join the Marines to fulfill a lifelong dream of being a great military leader. Yet again, however, he encountered segregation and racism, finding himself reduced to attending a steward school and performing his military duties at a level little better than a paid servant until segregation was overturned by presidential order in the mid-1940s. At that point, his military career really took off, and he was able to achieve his goal of becoming a leader of men. After mustering out of the Marines several years later as a decorated Vietnam War hero and popular gunnery sergeant, he pursued a number of career changes; however, each time he found himself placed in a position of management power within a short amount of time. It was while he was performing his duties as an East Coast district manager for a large shoe chain he met the love of his life, Virginia, and together they lived the American Dream to the fullest, raising a daughter and eventually retiring to North Carolina. By sharing his experiences and personal life story of The Journey That Brought Me to Glory: The Black Boy, the Marine, and the Christian, he reveals how God moved in every aspect of his life as he faced tough choices and challenges of pursuing and fulfilling a life well lived. ABOUT THE AUTHOR Currently enjoying his retirement by remaining active in a number of community groups, especially those affiliated with his church, Jeremiah Purdie fills his days with caring for and about others, fishing, hunting, and enjoying his wife Virginia, daughter Lisa, and grandson Kyle. (2005, paperback, 70 pages)