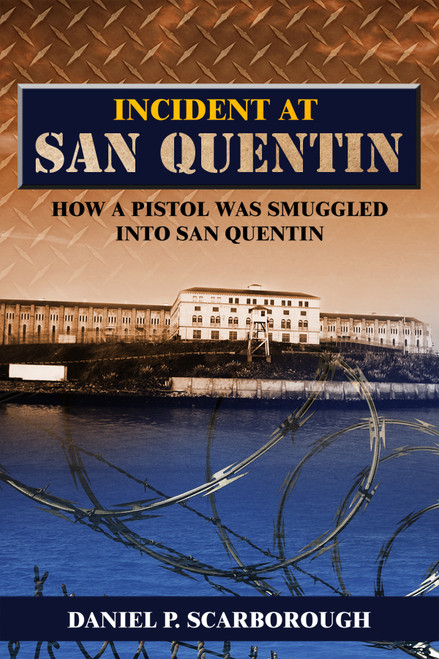 Incident at San Quentin: How a Pistol Was Smuggled into San Quentin
by Daniel P. Scarborough

It really takes a brave heart to be a correctional officer.

After serving in the Marines, Daniel becomes a jail officer, facilitating visitors, inspecting them for contraband, and supervising the visits to ensure that inmates act accordingly when they go in and out of the visiting room.

Days in prison are generally monotonous, but not if you have George Jackson, one of the most dangerous inmates, and his cohorts, called the Black Panthers. The situation becomes even more intolerable if you have a prejudiced warden, who approves rules that should never be approved.

Until one day, all hell breaks loose in the prison of San Quentin, which could have been prevented had Warden Park not dissolved the tight visiting rules.

Incident at San Quentin, by Daniel P. Scarborough, gives you the behind-the-scenes details of the August 1971 carnage that resulted in the deaths of three correctional officers and three inmates.

Daniel P. Scarborough was born and raised in Casper, Wyoming. He joined the Marine Corps during his senior year in high school and fought in the Asiatic, Pacific Theater. He also worked as a police officer in Wyoming before reenlisting in the Marines and participated in both the Korean and Vietnam wars.