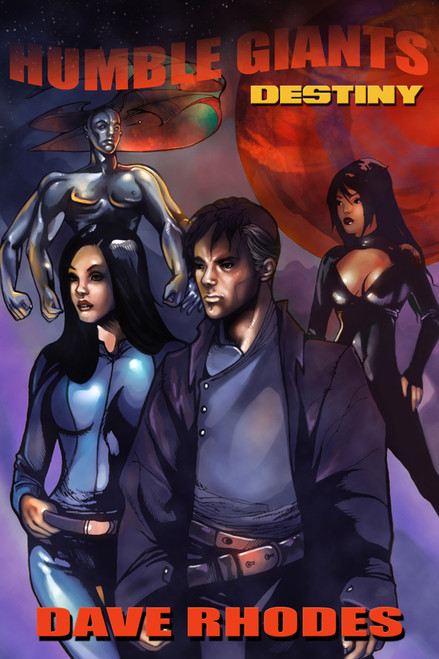 The year is 2084, and life on Earth (and beyond) is vastly different from the world of the past. Thanks to Dr. Herman Lear, a computer scientist, the field of artificial intelligence has been greatly advanced, and there are now robots that think millions of times faster than humans.

What will happen, however, when Dr. Lear manages to create a robot with its own free will! Is it possible this being may use that free will to rebel against an oppressive government? Or even against all humankind? Has Dr. Lear gone too far?

Dave Rhodes is a Pennsylvania native who now calls himself a true Texan. Schooled in technical engineering, he is self-employed in the systems engineering field. In addition to Humble Giants, he is also the author of CAD/CAM I, a book used by local colleges to teach computer-aided design, in which he also holds a degree. All of his experience has led him to wonder where exactly the future of computers will lead and how mankind will be affected. He has two children, Deborah and Diana.

When he is not fishing or working with computers, he enjoys playing the guitar, scuba diving, fishing, boating, sailing, and motorcycles. His cooking team also competes in Texas BBQ contests.