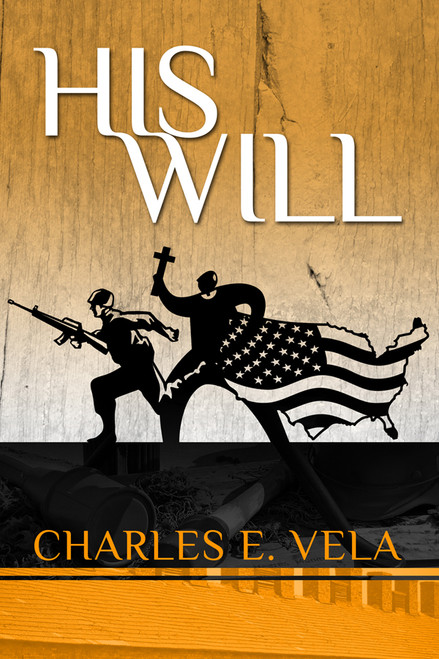 His Will
by Charles E. Vela

Years of erratic legislative action and unpredictable executive leadership finally came to a head when the Duty of Man murders took place, and people everywhere joined together to remove the corrupt officials and oppressive police agencies forced on them by an irresponsible government. As a result, the former leaders disappeared and were replaced by Waymond Smith, whom a grateful nation elected Waymond the First, Voice and Master of the New United States.

That was eighteen years ago. Now Prime Waymond Hernandez is tasked with finding a particularly violent cell of criminals whose members persist in clinging to the corrupt, former regime.

Prime Hernandez faces a crossroad: should he first consider his duty as a soldier or his duty as a patriot when dealing with an enemy of his government?

Charles E. Vela, who was born and raised in San Antonio, Texas, is a U.S. Customs and Border Protection (CBP) Officer stationed in Laredo, Texas. Prior to joining CBP, he worked as a civilian employee with the U.S. Department of Defense and later as an adult education instructor/supervisor. His Will is his first novel.

Honest Thoughts of the Heart and Soul