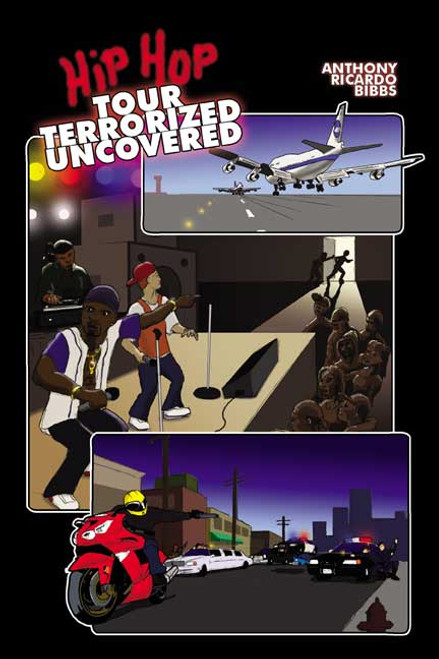 by Anthony Ricardo Bibbs Hip-Hop Tour Terrorized Uncovered opens with a controversial boxing match and the action never stops after that. As the story continues, a group of agents from the Federal Security Bureau must pursue Kane Stone and his gang of terrorists and drug dealers before they can cause even more trouble. Stake-outs and undercover operations lead to an all-out fire fight as the agents confront their enemies. All the while the agents are being instructed by the mysterious "deep, smooth voice" who dictates their actions but stays out of sight. Things come full circle as the action concludes with a rematch of the boxing bout. This action-packed screenplay will keep readers on the edge of their seats! ABOUT THE AUTHOR Anthony Ricardo Bibbs is a self-employed entertainment producer. Growing up in a military family, he has lived in many different places. He is married to his wife, Delia, and has three children: Diana M. Bibbs, Anthony R. Bibbs, Jr., and Wesley Royal. Aside from writing scripts, he also enjoys weight lifting and jogging. The idea for Hip-Hop Tour Terrorized Uncovered came from his combined experience in the U.S. Army and the entertainment industry. (2008, paperback, 108 pages)
×