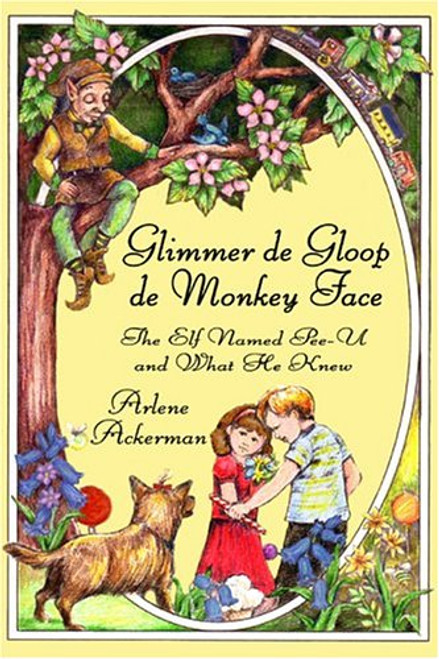 Glimmer de Gloop de Monkey Face: The Elf Called Pee-U and What He Knew is a fanciful tale which will appeal to the sensibilities of a young reader, introducing a group of lovable characters who learn that appearances arent always a way to judge ones character. It provides an underlying message of friendship, sacrifice, and love. The story is set in the mythical locale of Glimmer de Gloop de Monkey Face. The protagonists of the tale are two inquisitive children who are intrigued by an elf named Pee-U who lives in the forest near their home. Although their parents have warned them to stay away from the woods, the curious children disobeyed and followed Pee-U hoping to see where he lives. However, they get waylaid by a big old Grisley bear and just when they think all is lost, they are rescued by Pee-U, who jumps on Grisleys back and punches him in the nose, chasing him away. He risked it all to save the children and is hailed as a hero by everyone. He and the children become friends forever!

Arlene is a native New Yorker. In 1979, she and her family moved to Franklin Lakes, New Jersey where she raised three children and went into the real estate construction field both as a sales agent and as the owner of a construction company. Arlene has penned numerous childrens stories for the enjoyment of her children and grandchildren, and now, she takes great pleasure and pride in sharing these stories with all of us.