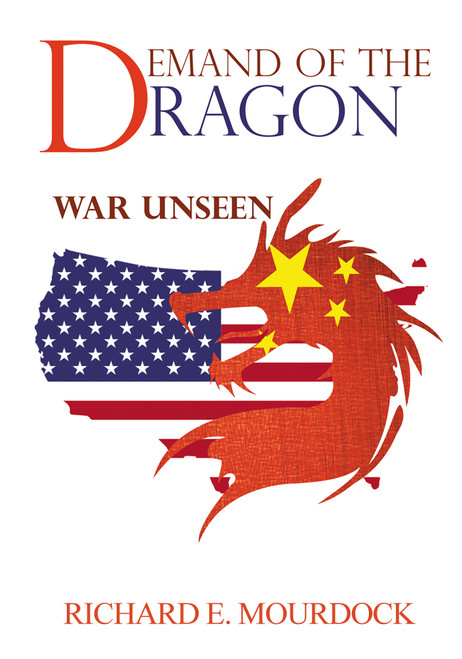 “President Will Sherman reached to the lower right-hand drawer of his desk and there found the bottle of fine Kentucky bourbon Faye had given him as an inauguration gift. Her handwritten card was still wrapped around the shoulder of the bottle; ‘Save it for what you expect to be the worst of days’. The bottle had not been opened until now.” On September 1, 2035, as America’s 48th President sipped the bourbon alone in the Oval Office, he did not know he was still months from what would be the ‘worst of days’ when he would explain to the American people they must accept the unacceptable to extract their country from its staggering financial crisis.

Demand of the Dragon is a compelling political thriller that is a historically fact-based tale that may cause the reader discomfort in closely considering the financial news of the day. It suggests a startling and all-too plausible future for the great political experiment that is the United States.

Richard Mourock’s novel reflects his professional background and long study of American history. Trained as a geologist, Mourock worked for three decades in the energy business, then entered politics and was twice elected the Treasurer of State of Indiana where he served as the state’s Chief Investment Officer. These varied interests and expertise inspired Demand of the Dragon.

He lives in southern Indiana with his wife Marilyn. When not at the computer keyboard, Richard is often touring North America on two wheels as an avid cyclist and motorcyclist.

A Collection of Works

Out on the Blacktop