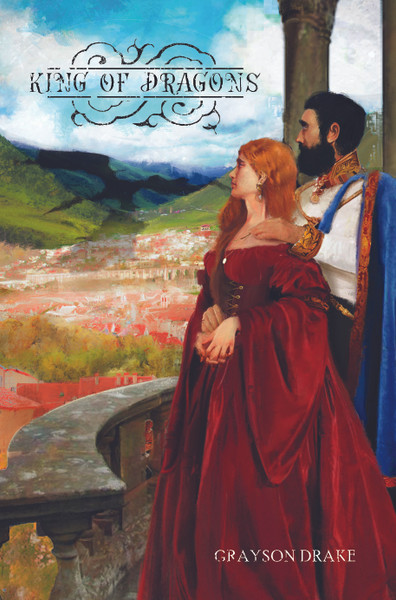 Every 177 years, the dragons return to TerraNox to destroy and kill the humans who have settled there. Throughout its history, no one has ever been able to stop the dragons when they come to destroy.

But… Kyldam Birthal is on the cusp of being king, currently in the role of Lord Commander of the Army, second to the king. When the king is gone, Kyldam will rise to that role, and he believes the current king will be gone before the dragons return.

And the dragons are about to return. Kyldam has had dreams about the dragons, and he knows their return is imminent.

While Kyldam was an abandoned street kid, he learns he is the son of a powerful wizard, and Kyldam is going to learn to wield magic to defeat the dragons. With his wife, Ashlynn, by his side, Kyldam will face the dragons, and turn back the destruction that has plagued TerraNox for thousands of years.

With his new-found magical abilities, will Kyldam survive to face this new threat to TerraNox?

Born in Illinois, Grayson Drake grew up in a very small town. Because he was constantly reading, his mother took him to a neighboring town’s library—after he’d out read his local one. As his love of reading grew, Drake grew to enjoy all genres of books, but really grew to love fantasy and sci-fi authors the most. His inspirations include Isaac Asimov, Ray Bradbury,

Stephen King, Robert Jordan, and George R.R. Martin.Drake often says that he was a nerd and geek before it was cool to be one. He still loves to read and watch movies, he plays board games with my family and has taught them to play Dungeons and Dragons. He prides himself on his versatility when it comes to geek culture and knowledge. He doesn’t know everything about one thing, but he knows a little bit about everything geek. Currently living in Wyoming with his wife and four children, you’ll still be able to find Drake at the local game store, playing board games, reading comics, and just loving being a nerd. This is his first published book.

War of the Dragon King

The War of the Dragons